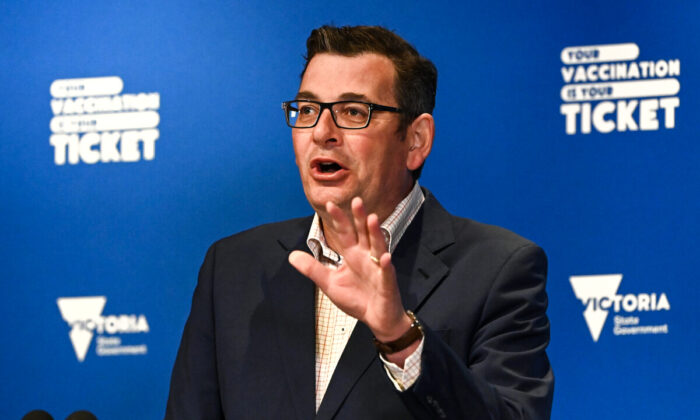 The Parliament of Victoria in Australia has finally passed contentious pandemic management legislation in a 20-18 vote, following a marathon 21-hour debate in the upper house.

The laws have been the subject of protests and amended several times after concerns over the extent of the powers it grants the state’s premier and health minister—many legal groups have now changed their tune, however, and thrown their support behind the law.

The Public Health and Wellbeing Amendment (Pandemic Management) Bill passed the Legislative Council of the Victorian Parliament on Dec. 2 and will now be delivered to the state governor for royal assent.

Victoria will become the first state to have a specific legal framework for dealing with pandemics. Most Australian jurisdictions have relied on temporary State of Emergency powers under their respective public health acts.

While the law promises more transparency over health advice from medical experts, as well as protections around contact tracing data, it bestows expansive powers to state leaders and “authorised officers.”

One power is for police to enter private premises without a warrant to enforce public health directives. Another includes hefty fines of AU$21,809 for individuals who breach public health rules.

The debate around the Bill was supposed to conclude two weeks prior after the Labor government secured the support of three upper house crossbench members of Parliament to guarantee its passage—Andy Meddick of the Animal Justice Party, Fiona Patten of the Reason Party, and Samantha Ratnam of the Greens.

However, after an estranged Labor state MP and factional rival to Premier Daniel Andrews, Adem Somyurek, made an unexpected return to Parliament, it forced a 19-19 tied vote in the upper house.

The Andrews government quickly delayed debate to secure one more vote, despite earlier claims from Labor MPs that the Bill was urgent.

After two weeks of negotiation, Rod Barton, from the Transport Matters Party, emerged as the MP willing to do a deal in exchange for further amendments to the Bill—including an additional committee with a minority of government members to oversee the creation of pandemic orders.

When passed, Patten of the Reason party said in a statement, “We all owe the Attorney-General Jaclyn Symes a debt of gratitude for her 21 hours at the dispatch box. She calmly answered hundreds of questions—many of which had little to do with the Bill.”

“The marathon debate was necessary to work through important legislation; democracy is working well in Victoria—despite what anti-vax crowd might say,” she added.

“I’d like to thank stakeholders for their wonderful guidance, including Liberty Victoria, Victorian Aboriginal Legal Service, The Centre for Public Integrity, and the Law Institute of Victoria.”

However, the Victorian Bar—representing barristers in the state—was not won over and has remained staunchly opposed to the Bill.

“The proposed amendments largely address low priority issues and not the most fundamental problems with the Bill,” Róisín Annesley Q.C. said in a press release.

The Bar also said it needed to be easier to invalidate pandemic orders. In its current iteration, it requires an absolute majority in both houses of Parliament—which, realistically, could prove problematic if the government controls the lower house and a substantial portion of the upper house.

Under the new law, the premier will have the power to “declare a pandemic” and to extend it for a period of “three months at a time.”

However, there is no limit on the number of extensions—such a law in practice could see Victoria placed under lockdown at the discretion of the premier.