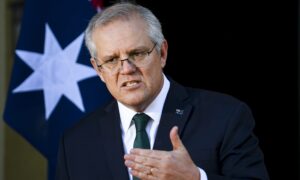 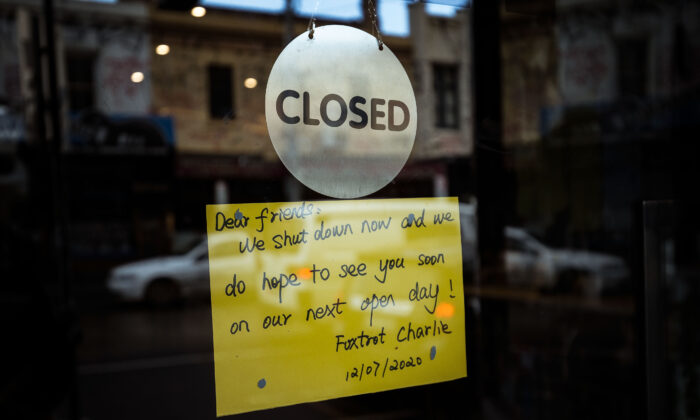 Victorian Micro-Businesses and Start-Ups Are ‘Falling Through the Cracks’: Council of Small Business

Victorian start-ups and micro-businesses not registered for GST are being excluded from the Victorian government’s support payments amid overwhelming pleas for assistance.

According to the Council of Small Business Organisations of Australia, rules around the Business Assistance Package were “inequitable and unfair,” especially with businesses not registered for GST but “suffering proportionately” with other GST-registered businesses reported The Age.

GST registration is optional for businesses turning over less than $75,000 annually, with many start-ups and micro-businesses not meeting the requirements for financial assistance.

“It’s just not right to be treating these businesses any differently from any other when they are suffering proportionately, just as much as larger ones,” Boyd added.

Last week, the Victorian Minister for Industry Support and Recovery, Martin Pakula, announced a $400 million state and federal government package for small and medium-sized businesses. Victoria Treasurer Tim Pallas praised this deal as working in the “interests of the nation, of the state, of the federation, but most importantly, of the people of our respective states.”

However, Pakula said designing a fraud-resistant scheme to provide financial assistance to a sparsely regulated micro-business sector was difficult. There are around 150,000 Australian Business Numbers not registered for GST in Victoria.

On July 21, Victorian premier Daniel Andrews confirmed that “the vast majority” of micro-businesses not registered for GST will be eligible for a payment of $600 or $375 per seven-day period.

“The Victorian Government will establish a concierge service to help these businesses access this support,” Andrews said.

Since July 23, the “Business Victoria Concierge Service” has taken more than 180 calls a day, with more public servants scheduled to work at the call centre from Aug. 2 to meet demand. Extra staff will allow an extra 250 follow-up calls per week.

So far, of the 1816 calls made to the concierge service, 1424 made been resolved without the need for a follow-up, a Victorian government spokesperson told The Age.

“We’re making sure the businesses most affected by the lockdown have a chance to emerge from it in decent shape, so they can continue to play their vital role as employers and drivers of Victoria’s economy,” Pakula said.

“The end of lockdown doesn’t mean the end of pain for small businesses, and we’re calling on the government to step up, to help more, because small businesses desperately need it,” O’Brien said.

This comes as Victoria records 2 new local cases of the Delta variant of the CCP (Chinese Communist Party) virus, commonly known as the novel coronavirus, on Aug. 2 amid an easing of restrictions announced last week.

Last week, Prime Minister Scott Morrison pointed to the need for short and sharp lockdowns to deal with the impacts of the pandemic.