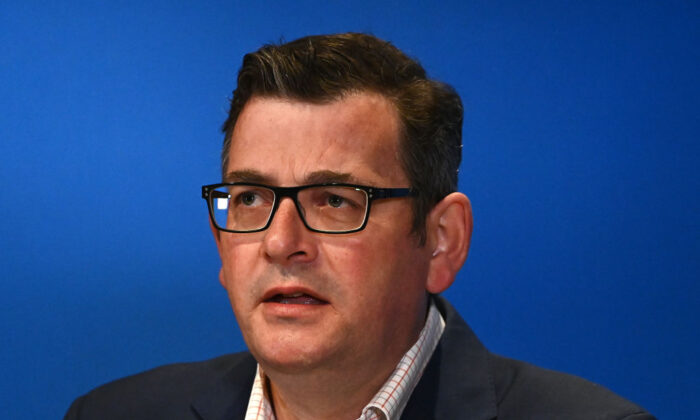 Victorian Leader Forging Ahead With China Ties, Despite Trade Strikes Against Australian Exporters

The event in question is the China International Import Export, headlined by Chinese leader Xi Jinping who, during his opening remarks, played up Beijing’s willingness to increase global trade.

The CIIE opened on Nov. 5 and is a platform for businesses and government bodies to “explore the Chinese market.”

The Chinese leader launched it in 2017 during the Belt and Road Forum for International Cooperation—one of many events held by the Chinese Communist Party (CCP) to promote the controversial Belt and Road Initiative (BRI).

According to The Australian, the Victorian government covered the costs of dozens of companies to participate in the event, in direct opposition to the federal government.

“Our presence at the expo is helping connect Victorian businesses to key markets to secure new contracts and grow jobs,” a state government spokesman said.

“This facility will provide Victorian Ag producers and exporters with a dedicated in-market space to showcase their products, strengthen existing trade relationships and boost export opportunities,” she wrote on Twitter.

Australian participation in the CIIE has shrunk since last year, from 180 businesses to 100, amid increasing tensions in Australia-China bilateral ties.

Since April 2020, Beijing has rolled out a series of measures to disrupt Australian exports, including barley, coal, cotton, hay, logs, meat, rock lobsters, and wine.

Federal Treasurer Josh Frydenberg estimated on Sept. 6 that the measures contributed to an AU$5.4 billion (US$4 billion) drop in exports in the year to June 2021. At the same time, however, exporters have been moving to alternative markets, which saw trade exports to other parts of the world increase by $4.4 billion.

Meanwhile, the BRI has been a major focal point revealing the divergent paths Australia’s federal and state governments have taken on China relations.

Andrews maintained that the BRI was signed to help create jobs in Victoria.

The BRI is the CCP’s trillion-dollar global infrastructure building fund and arguably the “crown jewel” of Beijing’s geopolitical ambitions.

However, it has been accused of being a “trojan horse,” leaving developing countries heavily in debt and potentially being leveraged for military or spying purposes.

Defence expert Michael Shoebridge said the federal government was forced to take the lead in cancelling the agreement—and potentially several other Beijing-connected deals including Confucius Institutes—because of the CCP’s willingness to exploit relationships with subnational authorities.

“It shouldn’t take a new law for the Victorian government to align on foreign policy with the federal government, which has constitutional responsibility and power in this area, but that’s what seems to be needed,” he told The Epoch Times.

“Beijing courting Victorian Premier Daniel Andrews participation is the most iconic example of the seams between levels of government causing problems,” Shoebridge said.