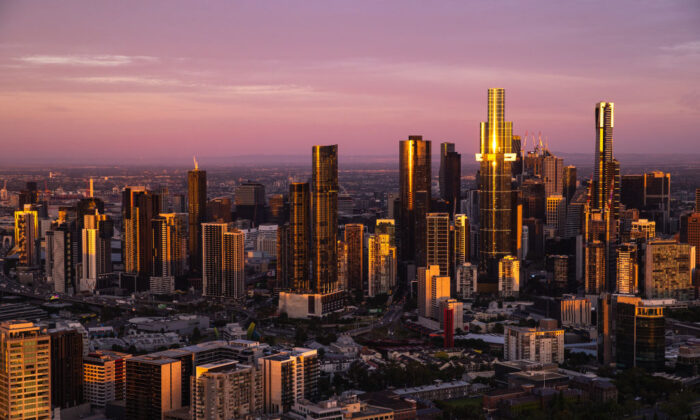 At the press conference on Feb. 16, the state Premier Daniel Andrews announced the news, saying that whilst the government has not started bidding yet, they will now begin to assess the viability of hosting the event.

Andrews said that, if awarded, the 2026 Commonwealth Games would be hosted in regional Victoria to boost the regional economy.

He also said he was ambitious  for the Games to be held across the regional area “not just in regional cities, but in country towns as well, spreading “right across regional Victoria.”

The announcement of the Commonwealth Games bid has been welcomed by Opposition Leader for Victoria, Matthew Guy who said in a post on Twitter that Victorian Liberal’s gave “100 percent support” for the bid for the Games.

“Important part of our plan to recover and rebuild. Great for regional recovery,” he wrote.

The scandal centred around the Victorian Labor’s misuse of $388,000 in taxpayer funds by paying casual electorate officers to wear red shirts and campaign for the party in marginal seats, which is not a part of their duties during the 2014 elections. Labor won the state election at the time.

Somyurek said on Sky News that prior to the scandal coming out, members of the Victorian Labor were “boasting about their new technique.”

However, allegations of rorts came in 2015 by a Labor electorate officer, and the motion to investigate into the scandal by the Ombudsman passed the upper house of the state parliament in Nov. 2015, but due to multiple lawsuits that followed the revelations, the Ombudsman only commenced investigations into the scandal in Apr. 2017 with the report finally handed in on Mar. 2018, months before the election.

Though the report detailed evidence of 23 electorate officers involved in the rort, it made little impact on Victorians, with Labor winning the 2018 election again.

Somyurek called for a re-investigation across the entire Victorian Labor Party into the scandal, but with a particular view to Andrew’s involvement on Feb. 9. the bill was supported by outgoing Labor MP  Kaushaliya Vaghela who crossed the floor in the upper house of the Victorian Parliament. Vaghela alleges she has faced systematic bullying and expulsion from the party following her decision to support the new inquiry.

On Feb. 14, Vaghela, in a post on her Twitter account, alleged that the Labor government is moving to have her “expelled for supporting the motion” to push the scandal for re-investigation at IBAC.

She also condemned Opposition Leader Anthony Albanese’s campaign for a federal Independent Commission Against Corruption (ICAC). The independent agency is currently only present in NSW, and Albanese is pushing for a nationwide presence.

Vaghela said that expelling an MP for referring matters to IBAC is “hypocritical” and that it sends a message that “ICAC is merely a campaigning instrument” and is not “serious about fighting corruption.”

At the press conference, Andrews has said he had not spoken to Vaghela and made no further comments about the re-investigation.

Somyurek warned that Andrews’ power was beginning to cause problems for Victoria, with no one in the Labor caucus able to “speak the truth to him.”

“It is very worrying because it’s not just politically, it’s obviously with the public service too,” he said, alleging that the government’s decision to use private contractors for hotel quarantine which that led to the Delta outbreak in Victoria was all Daniel’s decision.

“Modern government is very, very complex, you need specialist skills, and he just goes with his gut.”

Somyurek also criticised the premier for his demeanour to other MPs saying it was directly related to how he was polling.

“When the polls are going well, he just doesn’t want to know anyone.”

The Victorian Ombudsman, Deborah Glass, announced on Feb. 15 that she will consider the official referral for a re-investigation and will also be consulting with IBAC on some matters.