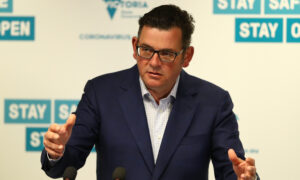 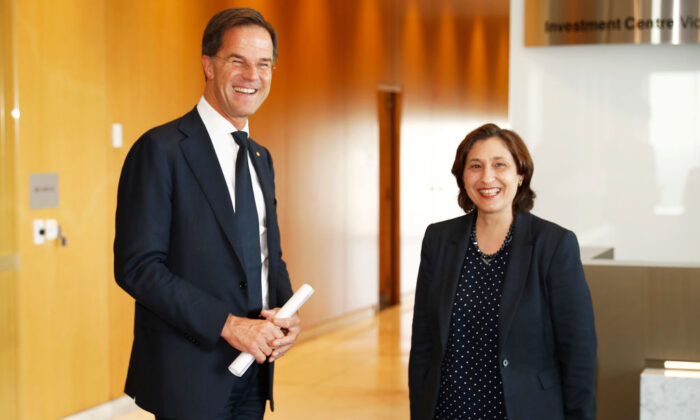 Prime Minister Mark Rutte of the Netherlands speaks with Lily D'Ambrosio, Minister for Energy, during the Forum on Circular Economy at the Investment Centre Victoria on October 11, 2019 in Melbourne, Australia. (Daniel Pockett/Getty Images)
Australia

Victorian Govt Backs in ‘Hydrogen Hub’ Based at Swinburne University

The Victorian government has tipped $10 million into a hub in Melbourne’s southeast that will test and improve hydrogen technologies.

The Victorian Hydrogen Hub will be based at Swinburne University of Technology and study both clean energy vehicles and hydrogen storage.

About 300 jobs will be created through the initiative, with construction expected to take about 18 months after it commences in 2022.

Swinburne will partner with the CSIRO for the hub’s establishment.

“This hub will help give Victorians the skills and experience we need to unlock the hydrogen industry – driving down emissions while creating green jobs in a growing industry,” Energy Minister Lily D’Ambrosio said in a statement on February 6.

The CSIRO said it would, as part of the arrangement, receive $1 million to help develop a refuelling station for hydrogen vehicles.

“As Australia considers energy alternatives, we know hydrogen is clean and will be cost-competitive – but a major barrier to it becoming a fuel source for cars and trucks is how to refuel, and the lack of refuelling infrastructure,” CSIRO executive director Nigel Warren said in a statement.

“The refueller is a significant step towards removing that barrier.”

Swinburne vice-chancellor Pascale Quester thanked the government for its support and said the hydrogen hub would demonstrate the ways in which technology can “create a better world”.

A sister site will also be built in Stuttgart, Germany.

The Victorian government is also slated to release a hydrogen industry development plan in the coming weeks.