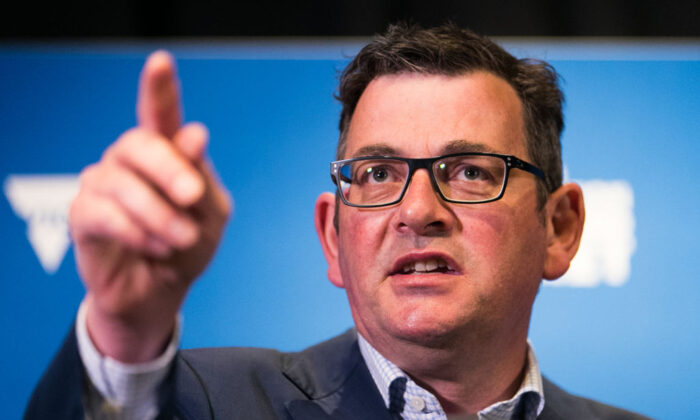 The Victorian government has voted to delay debate around the contentious Pandemic Management Bill after a last-minute intervention by estranged Labor MP Adem Somyurek placed the sweeping law at risk of being scuttled.

The motion to adjourn the debate until “later this day” was passed 20 to 17.

Premier Daniel Andrews conceded that with Somyurek’s return it meant the government did not have the numbers to pass the Public Health and Wellbeing Amendment (Pandemic Management) Bill and that the matter may not be resolved this week.

“We don’t have the numbers in the upper house, we’ll just do our normal thing which is to work with everybody and try and get an outcome that keeps us safe,” he told reporters.

However, Attorney-General Jacyln Symes said the delay was needed to consult with MPs and to garner additional support.

The Victorian Parliament is currently debating the Bill, which passed the lower house in late October, and was supposed to conclude in the upper house on Nov. 19.

However, Somyurek, the factional rival to Premier Daniel Andrews and former minister for local government, unexpectedly made a return to Parliament vowing to vote against the Bill.

The MP had been suspended from Parliament over his vaccination status, but on Nov. 18 was able to return after proving he had received the jab.

If Somyurek votes “no” to the Bill, it will see the upper house split 19-19, relegating the Bill back to the lower house to begin the process again.

The Andrews government had previously consulted with three upper house crossbenchers to secure enough support to pass the Bill, but Somyurek’s return means the governing party will need to secure at least one more vote.

Clifford Hayes, state MP of the Sustainable Australia party, revealed he was currently in discussion with the government but said the problem was entirely of the Labor Party’s making.

“We will talk to the government, but we will make sure that anything that they come up with if they want our support it has to have proper checks and balances,” he told reporters.

“It’s got to have proper parliamentary oversight, independent oversight as well.”

Rod Barton, of the Transport Matters Party, accused the government of not having the “professional courtesy to at least listen to what we had to say,” while Jeff Bourman of the Shooters, Fishers and Farmers Party said no one from the government “even took the time to pretend to consult with us.”

Opposition leader in the upper house, David Davis, said the debate and vote should go ahead, given the government had insisted the bill was “urgent.”

Current State of Emergency (SOE) laws, which underpin the government’s response to COVID-19, are due to expire on Dec. 15.

The Pandemic Bill was supposed to replace the SOE powers, however, the move from Somyurek could leave the government without the authority to implement public health directives going forward.