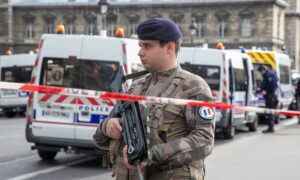 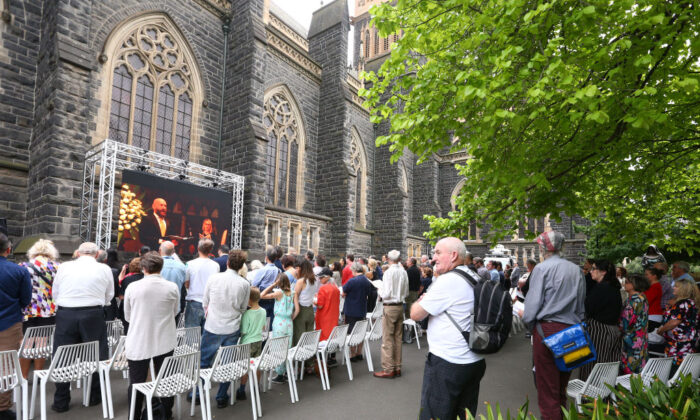 Mourners watch a telecast outside St Patrick's Cathedral during the state funeral for Sisto Malaspina on November 20, 2018 in Melbourne, Australia. Sisto Malaspina was killed by a lone terrorist. (Michael Dodge - Pool/Getty Images)
Australia

A young girl who watched her cousin be stabbed to death at a Melbourne shopping centre has remembered the teenager as loving and humble.

Aki Faiva was walking with Solomone Taufeulungaki, 15, at Brimbank Shopping Centre in Deer Park on the afternoon of June 16 when they were approached by a group of boys.

“He told (me)…”Run Aki. Run Aki”. I ran across the street to the church and then they got him and that’s when he got beat up,” the 14-year-old girl told Nine’s Today program.

“I think it was something about – they were talking about something on social media.”

“He came to church every Sunday, he was very humble, loving, caring. He was really kind.

“He always protected me even when I didn’t want him to be there. He always looked out for me. He was really funny.”

On Wednesday, his parents Antunaisa and Salome Taufeulungaki visited the scene of his death opposite the family’s place of worship, the Church of Jesus Christ of Latter-day Saints

“Every Sunday my son come to this church. I believe maybe every Sunday his spirit (will) join with us in this true church,” Taufeulungaki told reporters.

As for those behind his son’s death, he said: “We love them. We need to send love to their parents.”

“We want our son back home,” she said.

On Wednesday night, mourners continued to gather at the site, which has become a makeshift shrine to the teenager, to sing hymns and leave flowers, balloons and notes.

A GoFundMe page has also been set up to help the family pay for the funeral of the “caring, kind, selfless and humble soul” and has so far raised more than $39,000.

Six boys, aged 13 to 16, faced a Children’s Court on Wednesday night charged with violent disorder and affray in connection with the incident.

Three were released on bail with strict conditions including a curfew.

The magistrate indicated a possibility that more people could be charged over Solomone’s death.

No one has been charged with directly causing his death.