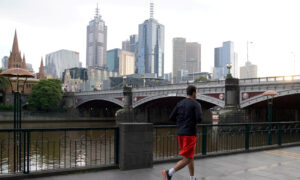 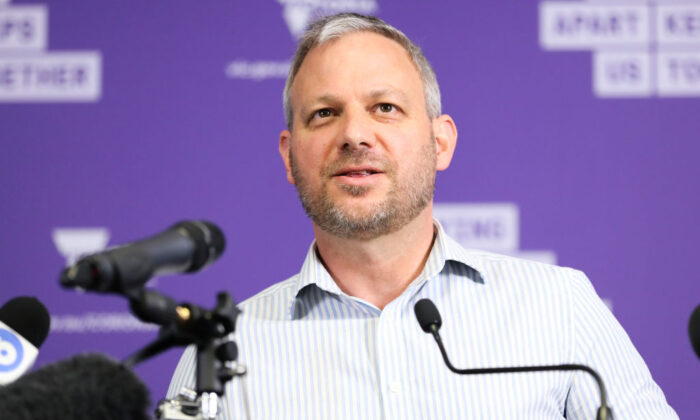 Active cases ballooned above 7000 in mid-August as the state desperately tried to reign in its rampant second wave.

That figure has been whittled down to just 61 following consecutive days without recording a single new infection or death on Oct. 31 and Nov. 1.

Sutton expects active cases to tumble further, suggesting it could fall to “a couple of dozen” by next week.

“You’ll see 10 or more come off each day and we’ll get down to very few active cases,” he told reporters on Sunday.

It came as Sutton hinted another strong week of data could result in cap limits and density quotas for some industries being raised higher than initially outlined.

More restrictions are due to ease in Melbourne next Sunday, including the scrapping of the so-called “ring of steel” dividing the city from the regions and the 25 kilometre travel limit.

Although the encouraging case numbers won’t mean that date is brought forward, Sutton said authorities would mull over changes that go beyond those previously announced.

“What allowances come on November 8 will absolutely be informed by what this week looks like,” he said.

“Some of the details might change. We can always make consideration of what caps might be in certain settings, what density quotients might be in those settings.

“And some of the specific industries that might come on board in terms of being able to operate.”

Ireland is leaning on the ear of Sutton for its Melbourne-style lockdown, hoping to learn from the city’s success.

He cited the worsening situation in Europe as a reason for Victorians to reflect on their hard-won gains.

The state’s virus death toll remains at 819 and the national figure 907.