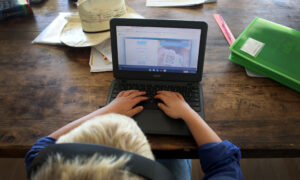 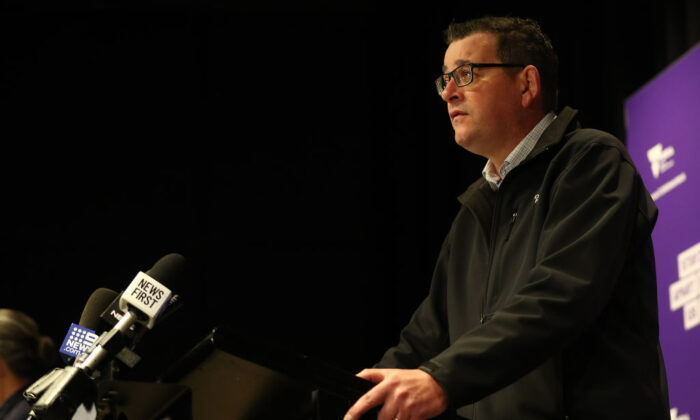 Victoria has recorded the nation’s biggest daily increase of coronavirus cases, as authorities insist the state’s second wave isn’t spiralling out of control.

The state recorded 317 COVID-19 cases on Thursday, while two men in their 80s died from the virus, bringing the total number of deaths in the state to 29 and the national toll to 113.

Of the new cases, just 28 are linked to known outbreaks and 289 remain under investigation.

Despite the record tally, Premier Daniel Andrews said it is “way too early” to move to a new stage of restrictions.

Metropolitan Melbourne and Mitchell Shire have been in stage three lockdown for a week, with people only allowed to leave their homes to buy food, exercise, give or receive care, or work or study.

“It’s a big number. I expect it to turn around this week,” he said, rejecting calls that the current surge in infections was out of control.

“An out-of-control outbreak is where, no matter what you’re doing, you’re seeing an exponential increase. We’re seeing an increase but it’s relatively slow.”

Sutton said there are about 160 outbreaks being monitored across the state, including 27 at aged care facilities.

All residents of Menarock Life aged care in Essendon have been moved to acute care in hospital as an outbreak of staff and residents has grown to 31.

Six police officers have also contracted COVID-19, while about 140 police and 30 protective services officers are in self-isolation after coming into contact with people suspected of having the virus.

Victoria has a total of 2128 active cases, with 109 people in hospital, including 29 in intensive care.

Professor Sutton said the state would experience up to 1000 deaths a day if restrictions were fully lifted.

“It’s an exponential growth in cases when there aren’t restrictions in place. If we can drive numbers right down, and if we can follow them through a test and trace procedure, we can avoid all the worst outcomes of this virus.”

Sutton said the number of close contacts of those who have tested positive in recent days has been much lower than it was a few weeks ago.

The state government has paused all category three elective surgeries—including hip and knee replacements—in preparation for a surge of coronavirus patients.

More than 1000 spaces for intensive care and critical care beds have been created, while 1200 ventilators are available.
“Our health services are very well prepared to respond to the increasing hospitalisations, but we hope that this additional capacity will never be needed,” Health Minister Jenny Mikakos said.

Police have conducted 3284 spot checks on homes, businesses and public places in the past 24 hours, with 65 people fined for breaching restrictions.

Meanwhile, it’s been agreed people with disabilities receiving care and their support workers should wear masks across locked-down parts of Victoria.

By Benita Kolovos and Christine McGinn