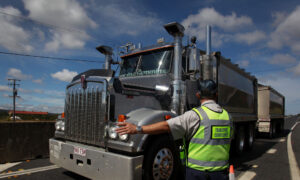 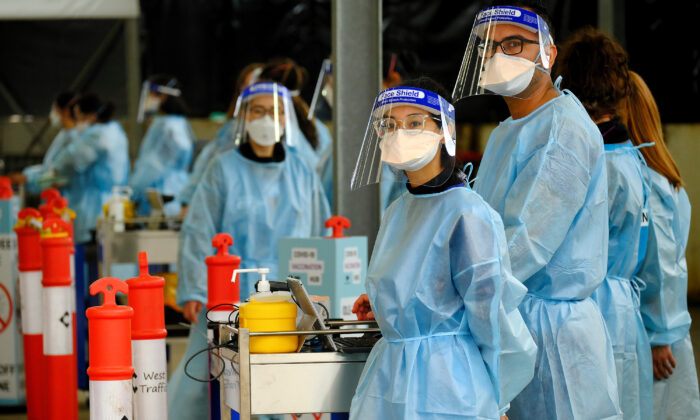 Victoria has added 64 new COVID-19 infections to its caseload, 28 of them involving community exposure.

Health authorities say 49 of the cases are linked to current outbreaks and 36 were in quarantine throughout their infectious period.

The state now has more than 700 active cases.

Victoria managed to administer 35,753 vaccine doses in the 24 hours to Friday evening and conducted 55,333 tests for the virus during the same period.

Authorities are meanwhile refusing to be drawn on whether a lockdown extension for the state is a foregone conclusion, as cases remain stubbornly high.

Its sixth lockdown, which was initially announced for seven days, is scheduled to end on Sept. 2.

However, it appears increasingly likely to be extended again given the high number of mystery cases and people infectious in the community.

Health Minister Martin Foley said on Friday it was too early for officials to make a call and could not provide clarity when asked if Victoria would be in lockdown until hitting 70 to 80 percent vaccination rates.

“I don’t know about that but I know there have been public health measures for the last 18 months in place,” he said.

COVID commander Jeroen Weimar said the state’s outbreak was “not wobbly” but conceded Melbourne’s west was “a significant area of concern,” with 46 of Friday’s 79 new infections coming from there.

“We are at a crossroads,” he said.

More help has arrived for COVID-hit Shepparton as the regional town’s outbreak worsens and spreads close to the NSW border.

Ten new cases were linked to the Shepparton outbreak on Friday, taking the cluster to 79 since it first emerged a week ago.

It has also spread to nearby towns after an aged care worker in Echuca, an hour’s drive from Shepparton, became infected by her partner.

“In some regards, we’re not quite on top of it,” Goulburn Valley Health chief executive Matt Sharp said.

About 16,000 residents are self-isolating in the region, sparking staff shortages for food distributors, supermarkets and pharmacies.

Hundreds of food packages were delivered to vulnerable members of the Shepparton community on Friday, while Coles has donated two semi-trailers full of products to a local food share agency.