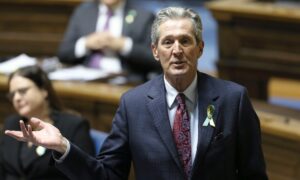 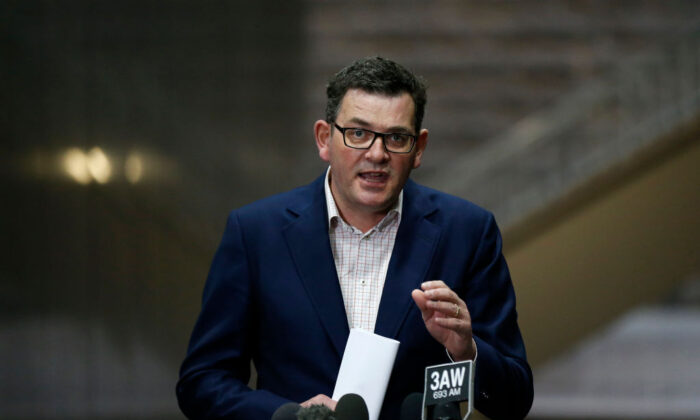 Victoria has recorded 29 new locally acquired COVID-19 cases, all of them linked to current outbreaks but not in quarantine while infectious.

The state’s Delta variant outbreak has also spread to a public housing tower in the Melbourne suburb of Flemington previously placed under strict lockdown in early July.

Premier Daniel Andrews said it was “a certainty that there are more cases out there.”

“We have mystery cases, at least two,” he told reporters.

“We don’t know where they are, who they’ve given it to, and everyone is at risk.”

The growth of the current outbreak aside, the premier said it was still too soon to tell whether the state’s week-long lockdown could be lifted on Thursday.

He said the escalation in cases meant getting tested was now “absolutely critical.”

“It is very significant to see this many cases. Although they are rolling, they are linked to outbreaks and we don’t know where those two outbreaks started so they are mystery cases that sit behind this.”

Andrews said he could not be prouder of the sacrifices Victorians had made during the course of five previous lockdowns.

“We have it in us to continue to do this work, as tough and hard and gruelling as it is,” he said.

“As much as we would love this to be over, none of us have the luxury of pretending it is.”

More than 10,000 close contacts of positive cases in the state are currently isolating with 82 venues listed as exposure sites.

Among them is the residential tower at 130 Racecourse Road, Flemington, which has been identified as a tier 2 location between Aug. 3-6.

COVID-19 Commander Jeroen Weimar said eight cases were in a single-family within the building, who were now in quarantine.

“All other residents of the building, we will also provide additional testing capacity for,” he said.

“There’s a dedicated testing centre being set up on site as we speak. Other residents of the building on the other floors will progressively be asked to go into the centre to get tested over the course of today and tomorrow.”

State ombudsman Deborah Glass determined a decision to place nine public housing towers in North Melbourne and Flemington into immediate hard lockdown on July 4 to be a human rights violation.

Other tier one sites listed overnight included a medical centre and a pathology collection centre, both in Caroline Springs.

Several schools were also added as tier two sites, including Heathdale Christian College in Werribee and Warringa Park School in Hoppers Crossing, after positive cases were found in students.

Al-Taqwa College, the centre of an outbreak during Victoria’s second wave, has also reported a case in a staffer.

Although declining to provide details of the arrangement, the premier said the federal government had as of Friday evening agreed to soon supply his state with an additional 150,000 Pfizer vaccine doses.

Weimar said 433 primary close contacts in total had been cleared on Friday.