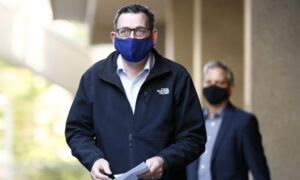 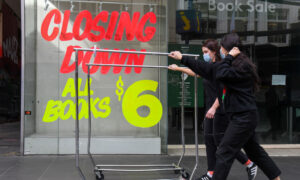 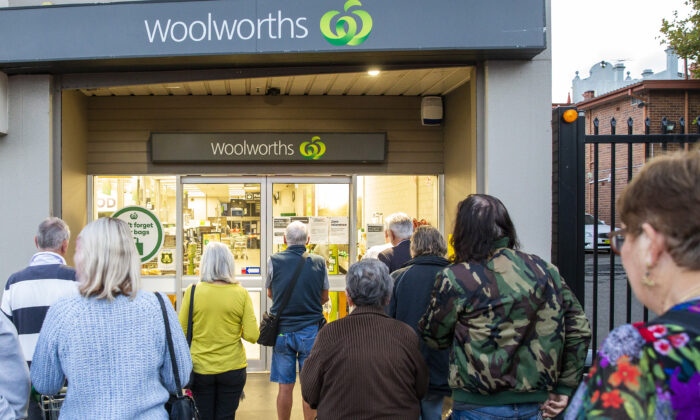 The Morrison government has raised fears the reduction in warehouse and distribution capacity could sap supply in other parts of Australia.

But Victorian Premier Daniel Andrews is adamant he has struck a delicate balance as the state enters the country’s harshest lockdown designed to squash a deadly coronavirus outbreak.

“A lot of work has gone into driving down staff levels but, at the same time, protecting the amount of product that will be on supermarket shelves,” he told reporters in Melbourne.

Business leaders held crisis talks with the state government on the night of Aug. 5 over fears the clampdown on warehouses could trigger national food shortages.

In response, supermarket distribution centres and medical warehouses will have an extra two days to comply with restrictions.

From midnight on Sunday they will be forced to reduce capacity by a third.

Red meat processors will switch to 66 percent, while abattoirs with 25 or fewer staff will be exempt.

Poultry will only fall to 80 percent capacity in a bid to avoid birds being destroyed but not processed, which would have sparked significant chicken shortages.

Prime Minister Scott Morrison said the federal government had passed on full and frank advice from business groups railing against the restrictions.

He said reducing critical food suppliers could have knock-on effects for supply chains in other parts of the country.

But she doesn’t believe there will be food shortages.

“As long as people are sensible, buying what they need, don’t stockpile it, don’t hoard it—I’m not envisaging that there’s going to be major problems,” Andrews told ABC radio.

He said everything would be done to make sure essentials were on the shelf.

“But we’re doing everything we can to strike that really challenging balance.”

The state recorded 471 new infections and eight deaths on Thursday, taking the national toll to 255.

The coronavirus-free ACT will allow strip clubs, brothels, dine-in food courts and 24-hour gyms to reopen from next week.