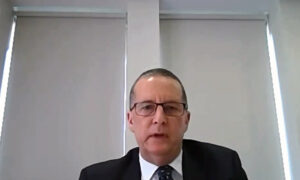 Victoria has had two more COVID-19 deaths, taking the state toll to 773 and the national figure to 861, as new case numbers continue to drop.

Cases with an unknown source in Melbourne between Sept. 8-21 were down to 37 and there were none in regional areas.

The figures come as the Health Workers Union called for the dismissal of Victorian Health Minister Jenny Mikakos, accusing her of “breathtaking incompetence.”

The union’s letter to Premier Daniel Andrews has been made public ahead of Mikakos’s appearance before an inquiry into Victoria’s hotel quarantine program, which led to the state’s devastating second wave of coronavirus.

“Sadly, our union’s relationship with your government is now officially dead, due solely to the breathtaking incompetence of your current Health Minister,” HWU Secretary Diana Asmar wrote.

“For the good of all Victorians, and health workers, I ask that you insist on Ms Mikakos’ resignation, effective immediately.”

Meanwhile, Andrews has hinted Melbourne’s coronavirus restrictions could be lifted faster than planned as the state steadily manages down its second wave.

With Melbourne’s crucial 14-day new case average now well below the 30 level, it appears likely the city will soon move to the next phase of the state government roadmap.

Asked on Sept. 23 if he was looking at going further when he announces an easing of restrictions in coming days, Andrews said: “Yes, I am.”

“But I’m not in a position to give you the full list of what we’re looking at.”

Any announcements are expected on Sept. 27.

Under the government roadmap announced earlier this month, the changes could include allowing public gatherings for five people from two households.

Schools, child care and some workplaces would open, along with outdoor pools, while personal trainers could operate with two clients.

There could be outdoor religious services for up to five people, plus a leader.