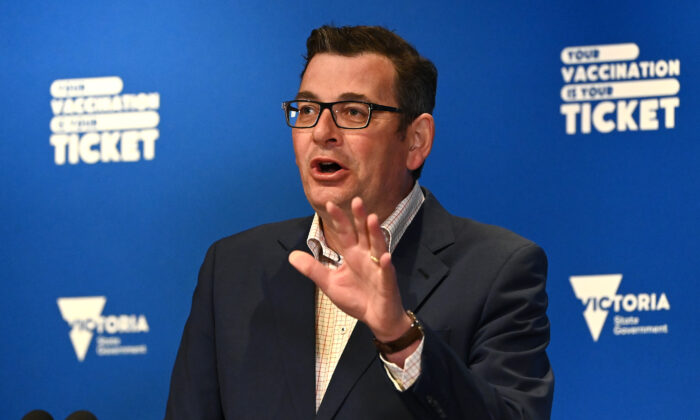 The Victorian Labor Government has announced further funding for organisations that support the LGBTIQ+ groups in response to “unnecessary, hurtful public debate around legal protections for young LGBTIQ+ Australians,” following the shelving of the religious discrimination bill.

The religious bill passed the lower house of the federal parliament on Feb. 10 after the Coalition agreed to amendments to the Sex Discrimination Act (SDA), which will prevent religious schools from excluding gay and lesbian students.

This amendment did not extend to transgender students, which prompted five Liberal MPs to cross the floor in the lower house.

However, the bill has since been withdrawn indefinitely after Labor, and the government voted to remove the legislation from the Senate’s agenda on Feb. 10, with the Coalition saying it has received legal advice suggesting the amendments could fuel discrimination against children.

Following this withdrawal, the Victorian Labor Government released a statement on Feb. 13 promising a $200,000 package for local organisations that provide support to the LGBTIQ+ community, with Victorian Premier Dan Andrews tying the funding to the recent religious discrimination bill, for which he said: “the Commonwealth government ought to be ashamed.”

The Victorian minister for education and mental health, James Merlino, said that the debate “in Canberra has put our young LGBTIQ+ communities at risk” and that the government is sending a message to “queer and gender diverse Victorians a message that in this state, you are loved supported and welcome to be exactly who you are.”

Aside from the additional funding into LGBTIQ+ support groups, the Victorian Budget 2021/22 has also invested $26.2 million into other mental health organisations for minority groups, including $7 million to expand Rainbow Door, a free LGBTIQ+ support helpline.

Victoria amended the Equal Opportunities Act in 2021 (pdf), limiting the religious schools to being only allowed to the preference for employees for roles where adherence to religious principles is inherent for the role.

Additionally, for roles that need adherence to religious principles and beliefs, the preference is restricted to employees’ religious beliefs and activity, but discrimination based on the person’s sexual orientation, sexual activity, gender identity and marital status cannot be applied.

The religious discrimination bill sought to overrule these amendments, allowing religious schools and organisations to have a preference in hiring staff that identified with the ethos of the school, but this did not apply to aged care homes and places that primarily provided care and hospitality.

The Australian Christian Lobby has announced its withdrawal of support for the bill on Feb. 10, saying the proposed legislation was intended to help faith-based schools, but now they “do more harm than good.”

“Taking away protections for Christian schools is a price too high to pay for the passage of the Religious Discrimination Bill,” ACL director Wendy Francis said.

“The loss of this protection would outweigh any benefits that could be obtained by the religious discrimination bill.”

The Superannuation Minister Jane Hume said despite members of the government crossing the floor, the Coalition wanted to get the balance right on the legislation.

“We don’t want to see any children expelled from school ever on the basis of their sexual identity,” she told the ABC. “But at the same time, we want to make sure we respect the rights of parents to choose to send their children to a school that’s a single-sex school.”

The bill had been referred to the Australian Law Reform Commission to be examined.