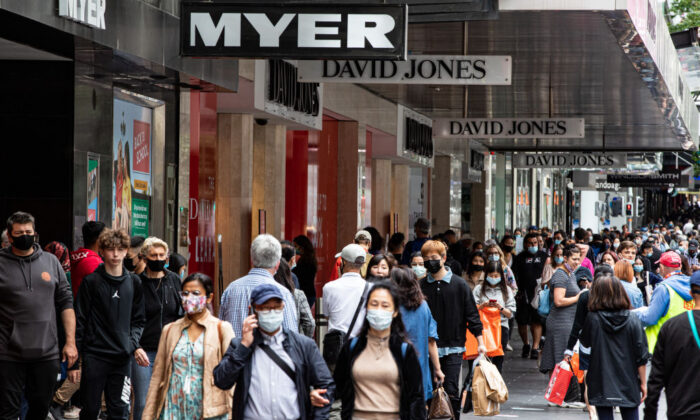 Victoria has surpassed Tasmania to become Australia’s best-performing state as its economy topped the country for the first time since April 2020.

According to the latest quarterly State of the States report from Australia’s largest online stockbroking firm CommSec, Victoria ranked first among the states and territories for retail spending, which soared by 18.5 percent in the March quarter following the removal of COVID-19 lockdowns.

The state also had the most robust job market in Australia, with unemployment standing at 3.2 percent in June, which was 43.2 percent lower than its decade average.

Meanwhile, Australian Capital Territory came second, while Tasmania, which held the top position in the previous report, fell into third place. Queensland ranked fourth, but there was not much difference between it and Tasmania.

“Yeah, I couldn’t pick the winner in three months time. It’s just so close between the first and fourth place, and even fifth and sixth place aren’t too far away,” CommSec chief economist Craig James said in comments obtained by AAP.

CommSec said that all states and territories were doing well despite the challenging times.

“I think the super-low interest rates are still providing good support for the economy,” James said. “And we’re seeing that in a lot of good reads in terms of housing finance and the like.

At the same time, the chief economist said a lot of construction activity was happening across Australia, which added pressure on resources, building materials and labour.

Additionally, Australian consumers were willing to spend, despite a fall in consumer confidence.

Speaking of Queensland, James said even though the state’s performance dropped to fourth, it had strong momentum.

“If [you] look at the growth rate of the indicators, it basically leads Australia,” he said. “It’s tantalisingly close to taking one of the top three spots.”

While Queensland led the nation in relative population growth, which increased by 1.42 percent compared to last year, its employment growth of 4.6 percent also ranked first in the country.

The State of the States report gauges each region’s performance by comparing its quarterly growth rates across eight key indicators to its decade averages, rather than comparing each state’s economic performance directly with that of other states.

Regarding the future performance of the states, the report said it would depend on the impacts of rising COVID-19 case numbers and interest rate hikes.