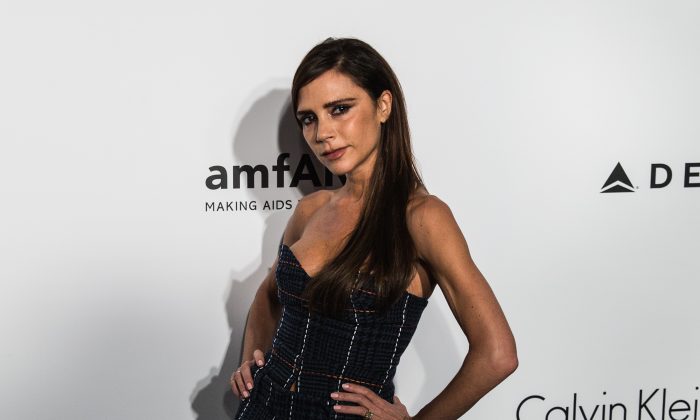 One of Victoria Beckham’s photo from her Vogue China shoot left a gaping window for speculation—some accusing the fashion designer of photoshop.

Mark Hamill and Daisy Ridley Photo Gets Photoshopped to Death

Beckham posted a montage of black and white photos from the May issue on her Instagram page. In the video, she contours her body into different angles, clad in light-colored outfits. In one particular photo, the former Spice Girl pulls her leg up to her chest, in which a piece of her right thigh appears to be missing.

This caught the attention of her 3 million-plus followers, some of whom called the wife of soccer star, David Beckham, out for using photoshop.

One commenter on Instagram, ju1ixx wrote “OMG she’s missing a huge chunk out of her thigh in the first pic.”

Another user, jamie_whitaker_ commented, “its photo shopped she is messing abit [sic] of her leg.”

“Omg #photoshop she didn’t need that,” commented babyfibula on Instagram.

However, others disagreed, stating the white shorts she is wearing is causing an illusion of a missing thigh.

kelly_foo agreed and wrote “Not photo shop at all! It’s clearly part of her clothing! People are far too quick to pick faults!”

Another Instagram user, jadeelaurenn1306, put it simply: “It’s not photoshop it’s her dress…”

A representative for Beckham stated, “simply the shirt tucked under from behind” dispelling speculation that the photo was altered.

Recently, Kerry Washington aired her grievances with ADWEEK, after the magazine heavily photoshopped her image—to a point where Washington stated, “It felt strange to look at a picture of myself that is so different from what I look like when I look in the mirror” in an Instagram post on April 6.