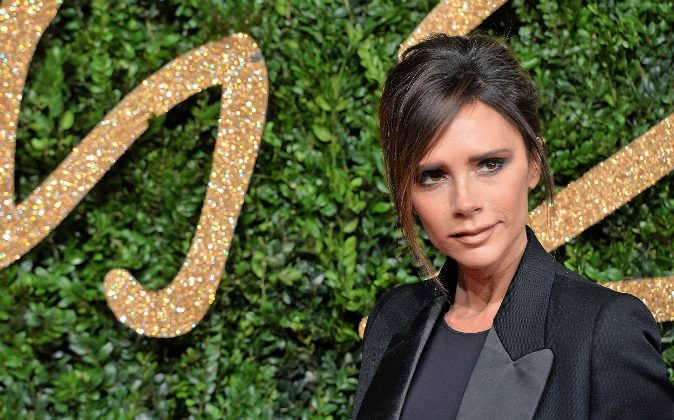 Victoria Beckham on Former Days With Spice Girls: ‘I Got the Last Laugh’

Apparently, when fans would attend concert shows of the 90s pop group the Spice Girls, they weren’t hearing all members sing.

According to Victoria Beckham, her microphone was shut off during performances.

“They used to turn it off and just let the others sing,” Beckham said in an interview with Claudia Winkleman at the Vogue 100: A Century of Style exhibition at the National Portrait Gallery in London on May 5. “I got the last laugh—and now my mic is well and truly on, finally.”

For Beckham, life post-Spice Girls has been eventful as fashion designer and wife to David Beckham.

Her eponymous clothing line, Victoria Beckham, started out as a handful of dresses that has since ballooned to an enterprise that houses 150 employees.

“I was always the one that loved fashion and it was quite a result for me because the girls always used to get their clothes for free because they were crap and so there was a lot of budget for me to have my little Gucci dress,” she said to the audience.

The busy Beckham has several stores in London and Hong Kong—Asia is her “fastest growing market.” As with managing a fashion line in preparation with Fashion Week, it can become extremely stressful for the mother of four. But leave it to four-year-old Harper to bring a sense of calm to the team.

“Each season before we leave for New York I always take the kids down there,” she said. “Last season Harper tap-danced for all the ladies working on the sewing machines.”

Beckham also revealed a time actor Tom Cruise visited the office during which she said Cruise was so personable to everyone:

“So I was working on a collection and all the mood boards were up—and my team is in the room with me—and all of a sudden there was a knock on the door and Tom walks in, all in black with a pair of aviators, and he stands legs apart and his hands on his hips,” she told Winkleman. “He basically came as Maverick. He spent such a long time with every single person, whether it was the design team, e-com, marketing and he spoke to all of the seamstresses—He made everybody feel so special.”

As for her personal life, Beckham tries to keep her marriage separate from her work life. But if the two do intertwine, the retired soccer star is helpful with providing snacks for everyone to show his appreciation for making wife Victoria’s “dreams come to reality.”

Sources say the Spice Girls are intending to hit the road for a 20th anniversary reunion tour sometime in the future—minus Beckham.