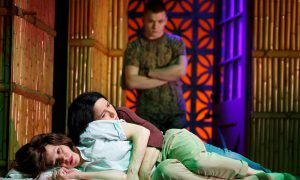 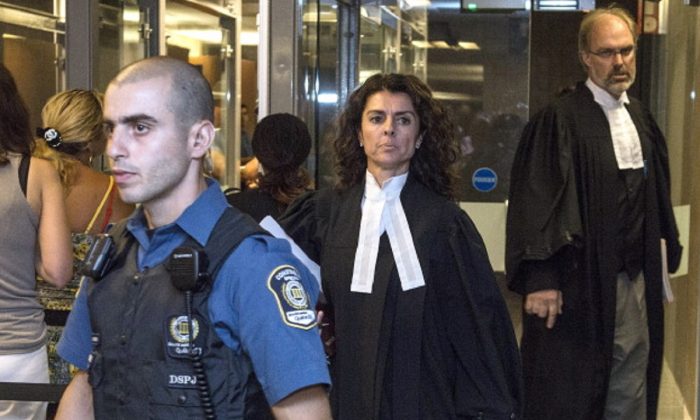 MONTREAL—A Montreal man convicted of manslaughter for suffocating his ailing wife should be sentenced to eight years in prison, the Crown argued Friday.

A jury last month found Cadotte, 57, guilty of manslaughter in the death of his 60-year-old wife, Jocelyne Lizotte, who was living in a long-term care facility with advanced Alzheimer’s disease.

Lawyer for Michel Cadotte wants sentence of 6-12 months in provincial jail minus time in preventive custody for manslaughter in death of his wife Jocelyne Lizotte who was in late stages of Alzheimer’s. Crown seeking 8yr sentence in federal penitentiary less time served. #CJAD800 pic.twitter.com/kLSu6qjjKk

Defence lawyer Nicolas Welt portrayed Cadotte as an exhausted caregiver who acted impulsively when he smothered his wife with a pillow on Feb. 20, 2017. He called two witnesses on Friday who testified to the burden placed on caregivers.

Welt said Cadotte’s remorse, the fact that he was depressed at the time, his potential for rehabilitation, and his willingness to accept therapy should all be considered. He recommended a sentence of between six and 12 months. Taking into account time already served, which amounts to about 205 days, that would leave Cadotte serving little to no additional jail time.

Victim’s sons tell court that killing of ailing mother was no act of compassion https://t.co/FGs19eX3sX pic.twitter.com/VBQ9943nzJ

The lawyers’ recommendations followed emotional testimony that left several people in the courtroom, including the judge, in tears as family members described the impact of Lizotte’s illness and death.

Lizotte’s sons said Cadotte’s decision to end his wife’s life was an act of selfishness rather than compassion.

Danick Desautels said he lost his mother three times: once when his biological father died and she grew distant, once when she was diagnosed with Alzheimer’s disease, and finally when Cadotte ended her life.

“Despite everything you did for my mother before, for me you’ll remain the one who prevented her from having a gentle, peaceful and natural death, therefore her murderer,” he said, reading from a letter directed at Cadotte.

The crime had been framed in the media as a compassion killing _ an offence that doesn’t exist in the Criminal Code. The trial, which began Jan. 14, heard that Cadotte had inquired about a medically assisted death for Lizotte a year before she was killed.

But Desautels told the court he believes Cadotte acted in his own interest, to end his suffering rather than Lizotte’s.

“I could have gotten past all that had you committed the act out of compassion, for my mother, to free her, but I know very well you did it for you, to free yourself,” he said. “In your head, my mother was yours, she belonged to you.”

Lizotte’s other son, David Desautels, said he has had to mourn two losses—his mother and Cadotte, whom he described as “the only father I had for the passage to my adult life.”

David Desautels said Cadotte taught him to cook, sat by his side as he woke from surgery, and made his mother happy. He said those pleasant memories are now “tainted by the indelible image that I have of him holding a pillow against my claustrophobic mother to suffocate her.”

He agreed with his brother that Cadotte had acted to end “his own suffering.”

Several family members described their feelings of helplessness and guilt at seeing Lizotte’s condition deteriorate to the point that she could no longer take care of herself or recognize loved ones.

Cadotte addressed the court, asking Lizotte’s family to forgive him for what he described as a moment of weakness.

“All I can do is ask for forgiveness, but I know it’s an act that’s hard to forgive,” he said.

Testifying for the defence, Lizotte’s sister described her anguish at seeing her claustrophobic sister having to be constantly strapped to a bed or chair and admitted she herself had hoped for her sister’s death.

“I hoped the good Lord would come get her,” Johanne Lizotte said. “I hoped she wouldn’t live like that for a long time.”

Lizotte said that while she doesn’t accept Cadotte’s act, she understands it. “I understand that it happened in a moment of hopelessness,” she said.

There is no minimum sentence for manslaughter, except in cases when a firearm was used.

Quebec Superior Court Justice Helene Di Salvo, who wiped away tears at the end of the testimony by family members called by the Crown, acknowledged the sentencing process was an emotional one.

She warned the family her decision was unlikely to achieve unanimity but promised to weigh the impact of the crime on them in determining a sentence.