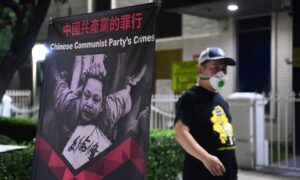 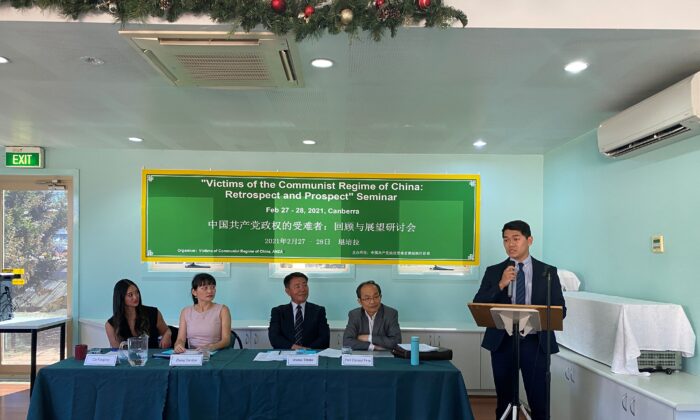 Victims of Communist China Call for Magnitsky Laws in Australia

Survivors of the Chinese Communist Party (CCP) gathered in Canberra on Feb. 27-28 for the inaugural “Victims of the Communist Regime of China” conference, where attendees called for the rapid adoption of Magnitsky style legislation in Australia to limit human rights abusers from enjoying the spoils of their crimes.

At the conference, the need for Magnitsky legislation was addressed by representatives of the Tibetan Buddhists, Falun Gong, Uyghur Muslims, and Catholic and Christian communities, as well as Hong Kong and Chinese democracy groups.

They also called on the Australian government to continue to stand firm in the face of Beijing’s pressure.

The representative of the Central Tibetan Administration (CTA) for Australia and New Zealand, Lhakpo Tshoko, urged the Australian government to enact legislation comparable to the United States’ Global Magnitsky Act and to encourage other governments to impose similar sanctions.

“It is high time that the international community come together for justice and truth to register their protest clearly and vigorously against high-handed Chinese atrocities committed against the Tibetan and other oppressed people under the CCP rule,” Tshoko said.

Magnitsky-style legislation refers to the application of targeted sanctions on perpetrators of human rights abuse and corruption.

First developed in the United States, the Magnitsky Act was designed to punish Russian officials responsible for the death of Russian tax lawyer Sergei Magnitsky in 2009.

Currently, the law empowers the U.S. government to sanction those it regards as human rights offenders by freezing their assets and prohibiting them from entering the United States, thereby limiting the perpetrators of human rights abuses, corrupt officials, and their beneficiaries from enjoying the proceeds of their crimes.

In December 2020, Liberal MP Kevin Andrews, the chair of a parliamentary sub-committee on human rights, said the Australian government inquiry into the development and implementation of Magnitsky-style sanctions had found the legislation would align Australia with the world.

Further, it would allow the federal government to create a world-leading version of the Magnitsky legislation.

“We cannot control whether perpetrators are brought to justice within their home country, but targeted sanctions legislation will make Australian beaches, schools, medical care, and financial institutions off-limits to people who have profited from unconscionable conduct,” he said.

Currently, the parliamentary report recommends targeted sanctions, including banning entry to Australia for those identified as human rights abusers, and their beneficiaries, and the capacity to seize assets.

“Cooperation with like-minded nations on this matter has the potential to protect the human rights of countless citizens around the world,” Fawcett said. “Australia is an attractive destination for investment and lifestyle, and we have the opportunity to reduce incentives for corrupt and unscrupulous human rights abusers.”

Uyghur Muslim and Hong Kong delegates at the “Victims of the Communist Regime of China” conference supported this notion, arguing that the Magnitsky style laws would enable Australia to better curtail CCP influence and help raise awareness of the persecution of Uyghur Muslims and the oppression in Hong Kong.

The representative of the Australia Hong Kong Link—a group of Australian Hong Kongkers dedicated to supporting freedom in Hong Kong—noted that the Magnitsky legislation could play a critical role in hindering the CCP from financially benefiting from Hong Kong’s commercial wealth and business ties with Australia.

“We are aware that certain pro-CCP government officials’ immediate family members currently reside in Australia,” a representative of the group told The Epoch Times. “When the Magnitsky Act comes into effect, we would like to see sanctions applied on these officials and immediate families that may provide them with the chance to take advantage of Australia.”

Currently, the inquiry report on the adoption of Magnitsky style laws in Australia is being reviewed by the government, a representative for Andrews told The Epoch Times.