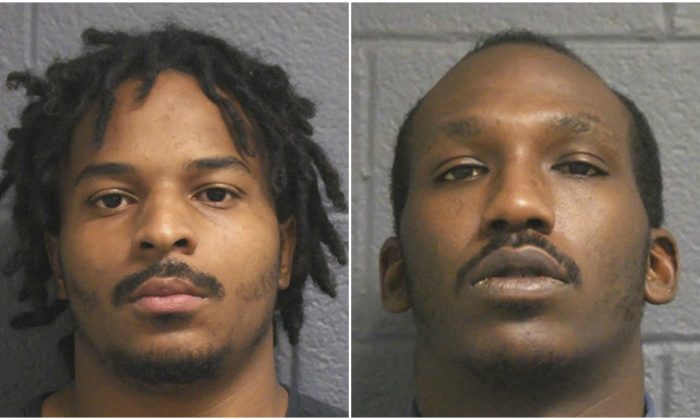 Victim Finds Detroit Carjackers Were Wrongly out of Prison

DETROIT—Two Detroit carjackers are back in prison after their victim went online and found they’d been mistakenly released.

Local and federal authorities are pointing fingers over who’s to blame. Brittany Guerriero, the woman who had to get her own justice, said she’s frustrated and doesn’t “trust the system anymore.”

Guerriero told the Detroit Free Press that she went online in November and found Kendall Kelly and DeMarcus Catlin had been released from federal prison. They were sent there first because their carjacking convictions in state court violated their probation in an unrelated case in federal court.

Kelly and Catlin then were supposed to go to a Michigan prison last year to serve their sentences for carjacking and a series of crimes. Catlin faced at least nine years, while Kelly, who also pleaded guilty to second-degree murder, got at least 25 years in prison.

But they were never transferred. Kelly was free for almost five months before he was arrested in North Carolina in December. Catlin was captured in Detroit after nearly seven months.

Guerriero alerted authorities in November after looking up the men’s names. There was nothing on the Michigan prison website.

“If there’s no detainer on file, then there’s nothing to warn anyone to hold them. … It happens. People are human,” said Rob Watson, a deputy U.S. marshal in Detroit. “They reached out to us. We grabbed ’em up and put ’em back in jail.”

Guerriero was carjacked in 2014 while moving into a Detroit apartment. She played an active role in the investigation and spoke at their sentencing, forgiving the men and even accepting a hug from Catlin’s mother.

She has moved back to the suburbs, unnerved by the crime and also stung by rising rent.