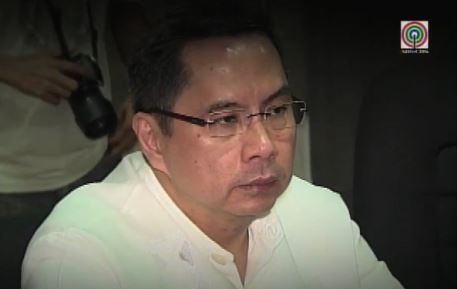 Many of the suspects accused of beating and blackmailing Vhong Navarro, including businessman Cedric Lee, are allegedly part of a group called “Bear Family.”

The group includes at least three others of the accused, Zimmer Raz, Jed Fernandez, and Ferdinand Guerrero, sources told ABS-CBN.

The group gets together to travel, party, and engage in prayer meetings, the sources said.

Guerrero has among every one of the accused vehemently denied being part of the mauling, saying that when he was called to come to Deniece Cornejo’s apartment he helped his friends stop beating Navarro.

Cornejo claims that Navarro raped her, after which Lee and some others rushed into the apartment and beat him.

But Navarro says that it was all a set up to try to blackmail him, which evidence including CCTV footage appears to support.

“I vehemently deny all the charges against me… Because I wasn’t even in the room,” Guerrero told reporters. “You saw me on CCTV, I got lost. I came out. Then, I saw them. I was even smiling. Is that the image of a man whose intention is to hurt somebody? I don’t think so.”

Guerrero said that he happened to be close by when Lee called him and said that he needed help with a situation because he hangs out near the Forbeswood Heights condo complex a lot.

“I was shocked. Then, when I found out about the rape case, [I felt] disgusted,” he said.

He added that he would have done the same thing as Lee if he had been in the room.

Navarro’s camp said they will still have to see how Guerrero answered the allegations in his counter-affidavit.