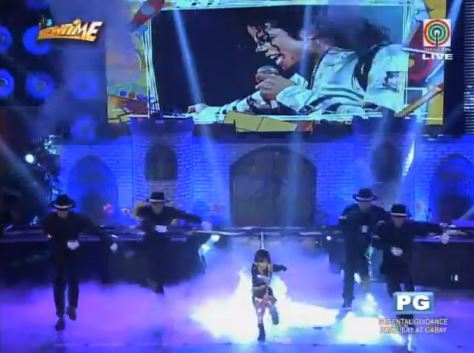 Vhong Navarro was impressed with the young boy who was dubbed “mini Michael Jackson” for his impressive moves on the “MiniMe” grand finals.

Nhikzy Vheench Calma, only five years old, entertained the audience with his dance moves inspired by the late Michael Jackson.

He did run into difficulties in the middle of his performance, stumbling while attempting the “anti-gravity lean,” then flipping the platform that he was on after trying to recover from the stumble.

However, Calma signaled to a backup dancer that had sprung to his aid that he was going to finish his routine, leaving Navarro impressed.

Navarro said that others in Calma’s position would have given up and even cried, according to ABS-CBN.

Billy Crawford also complimented the young dancer, saying: “I’m impressed with the courage and skill that you showed,” and that’s it good to get up when you’ve fallen in life.

Calma concluded his performance with a series of impromptu moves, drawing cheers from the crowd.