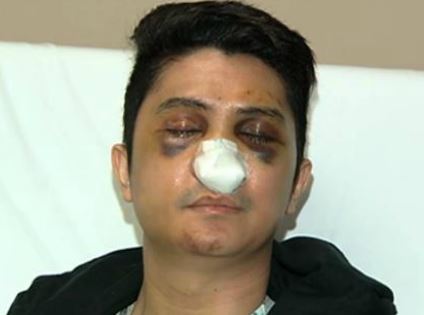 A Taguig court denied a request by Deniece Cornejo for a Temporary Protection Order against Vhong Navarro.

The court found no probable cause to grant Cornejo’s plea in connection with the Violence Against Women and Children’s Act, according to GMA News. Cornejo plans to file for reconsideration.

The order, if granted, would have prevented Navarro from getting near Cornejo.

The request stems from the attempted rape complaint that Cornejo filed against Navarro. The actor and television host, on the other hand, asserts that he was framed and beaten and blackmailed by Cornejo and businessman Cedric Lee, a story seemingly backed up by CCTV footage.

The Department of Justice submitted Cornejo’s complaint for resolution on Friday, reported the Inquirer.

Evidence in the case includes the footage as well as testimony from witnesses.

The next preliminary investigation is set for February 21.

Neither Lee nor Cornejo showed up on February 14.

Cornejo is required to appear at the next hearing.

So are Zimmer Raz, Jeff Fernandez, and JP Calma, to respond to the complaint filed against them by Navarro. The three men are allegedly among the group that threatened and harmed Navarro.