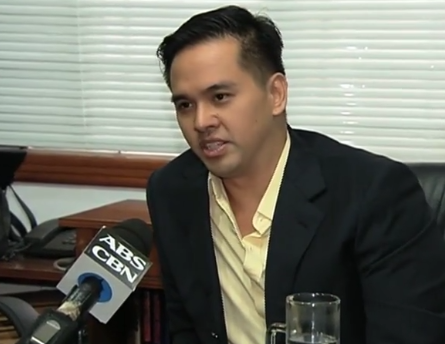 Cedric Lee’s lawyer claims that Lee is a victim of the so-called trial by publicity in the Vhong Navarro case.

Raymond Fortun, who also serves as Lee’s spokesman, responded to a recent interview with cognitive and developmental psychologist Dr. Maricar Fajardo on ABS-CBN.

During the interview, Fajardo was asked to analyze the body language of Navarro, Lee, and Deniece Cornejo in their interviews regarding the January 22 situation.

“He’s very tense. He’s not confident about what he’s saying,” he said. “When it comes to the manner of speaking, he’s very continuous although mapapansin mo titingin siya sa ibang tao sa loob ng kwarto as if to ask for confirmation.”

Fortun told the broadcaster that Fajado’s statement lacks basis and is an example of the public judging Lee and Cornejo without facts.

Fortun also joined in the defense of Cornejo buying a laptop with editing software, which she was reportedly planning on using to edit the CCTV footage from her apartment building.

Fortun said that the model only bought the laptop because she lost her old one, and the editing software was for photos not video.

Fortun said that reporters should read interviewees their rights before interviews, such as the right to remain silent.

The first preliminary investigation on the charges filed by Navarro against Lee and Cornejo, and by Cornejo against Navarro, is scheduled on Friday.