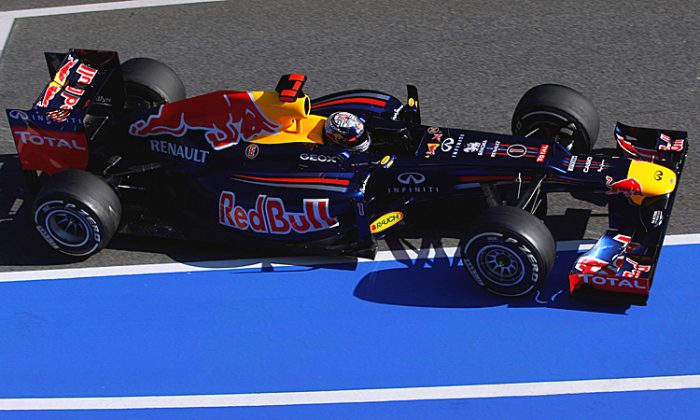 Vettel Fastest on Day One of Formula One Barcelona Test

Vettel turned in a lap of 1:23.265, a tenth of a second faster than Nico Hulkenberg of Force India at 1:23.440. No surprise that Red Bull would be fastest, but something of a surprise that Force India would do so well.

Lewis Hamilton came third in the new McLaren MP4-27 with a best lap of 1:23.590 out of 114 completed, and, in another surprising result, Daniel Ricciardo in the Toro Rosso turned in the fourth-best time. Ricciardo managed 78 laps before a technical problem brought him back to the paddock.

HRT was unable to make the first of four days of testing at Barcelona.