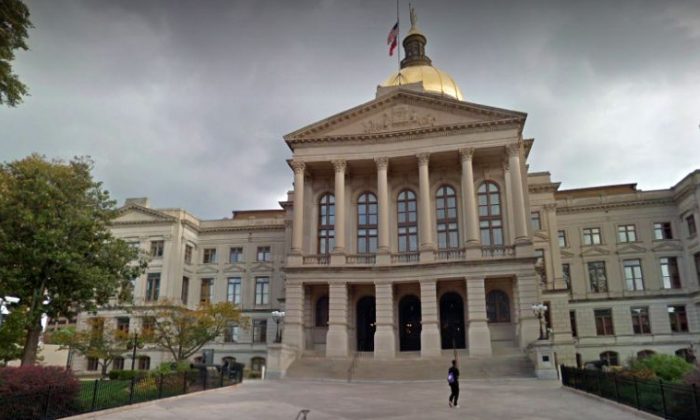 An Air Force veteran has died, a week after he set himself on fire in front of the Georgia Capitol in Atlanta on June 26.

Watts had doused himself in gasoline before setting himself on fire with a homemade incendiary device and fireworks, according to the Atlanta Journal-Constitution.

The Georgia State Patrol said he was taken to the Grady Memorial Hospital with burns covering as much as 90 percent of his body.

At the time of the self-immolation incident, officials said that Watts was angry with how the VA aided veterans.

“It looks like a veteran that was disgruntled with the VA did a personal protest in front of the Capitol which involved gasoline and some fireworks,” Commissioner Mark McDonough, of the Georgia Department of Public Safety, told a local reporter at the time.

McDonough said a trooper put out the fire with his fire extinguisher.

A local news website, Patch.com, reported that Watts had no current address, meaning that he was homeless.

After the incident, the Atlanta Police Department said that it “worked remotely with our robots to check out the scene where a man set himself on fire.” Troopers told WSB-TV that no one inside the Capitol or judiciary buildings were hurt.

Anyone thinking about suicide or self-harm may contact the National Suicide Prevention Lifeline at 1-800-273-TALK (8255) or go to the group’s website.