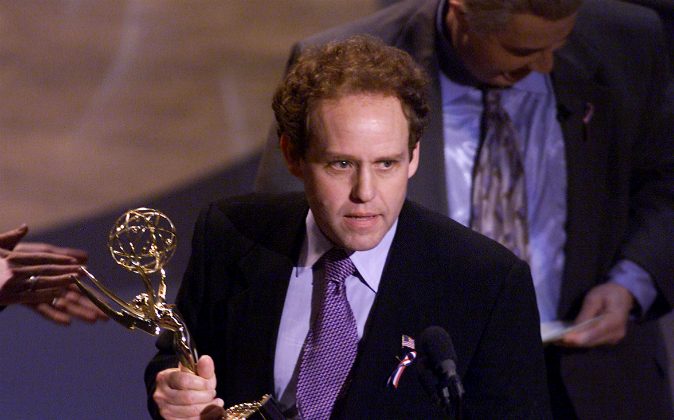 The “Veep” actor had his nomination rescinded on July 21 after it was learned that he starred in 50 percent of the season’s episodes, which in turn disqualified the 62-year-old actor from competition.

“Upon review of the Guest Actor in a Comedy Series category, the Television Academy has determined that Peter MacNicol unfortunately exceeds the number of episodes permissible for inclusion in that category,” the Television Academy told The Hollywood Reporter. “This decision is in no way a diminishment of Mr. MacNicol’s stellar performance on this season of “Veep.”

A replacement nominee is expected to be announced shortly, according to the Academy.

The popular satirical show on HBO entered its fifth season on April 24. MacNicol’s castmate, Julia Louis-Dreyfus moonlights as President of the United States on the show.

Dreyfus’s character has earned her four consecutive Emmy Awards for Outstanding Lead Actress in a Comedy Series. She is up again for the honor. Lily Tomlin (“Grace and Frankie”), Tracee Ellis Ross (“black-ish”), Laurie Metclaf (“Getting On”), Ellie Kemper (“Unbreakable Kimmy Schmidt”), and Amy Schumer (“Inside Amy Schumer”) are also nominated.

Jimmy Kimmel is again in charge of hosting duties at this year’s awards ceremony. The late-night talk show host and funnyman previously hosted in 2012.

The award ceremony will be broadcast live on ABC on Sept. 18 at the Microsoft Theater.