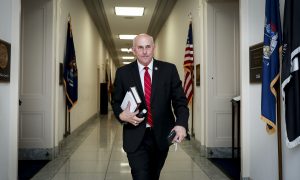 The Dangers of Google, As Revealed By Project Veritas, and Unsecure Borders: Rep. Louie Gohmert
0 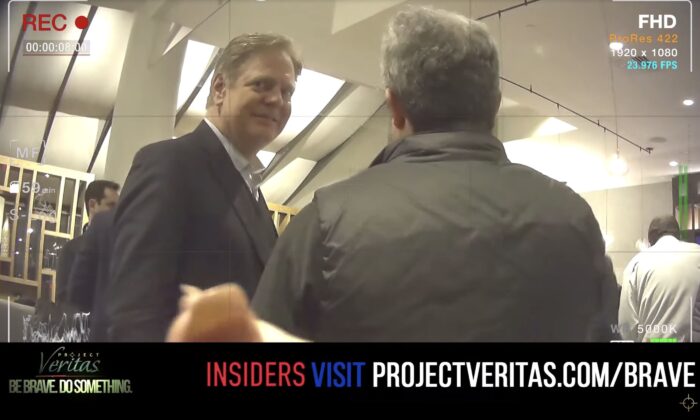 Longtime ABC News correspondent David Wright was suspended on Feb. 26 after he was caught on hidden camera declaring his political preferences and chastising his employer for doing a disservice to voters, particularly with respect to the network’s coverage of President Donald Trump. Wright declared himself a socialist.

“Any action that damages our reputation for fairness and impartiality or gives the appearance of compromising it harms ABC News and the individuals involved,” said the company’s emailed statement to The Epoch Times. “David Wright has been suspended, and to avoid any possible appearance of bias, he will be reassigned away from political coverage when he returns.”

“I feel that the truth suffers, the voters are poorly informed,” Wright was recorded as saying, commenting on the way the network covers Trump.

“With Trump, we’re interested in three things: the outrage of the day, the investigation, and of the palace intrigue of who’s backstabbing whom. Beyond that, we don’t really cover the guy,” he said.

He acknowledged that this leads to the network’s failure to “give him [Trump] credit for what things he does do.”

But the approach also fails to “hold him [Trump] to account,” he said.

Wright made clear his view of the president and seemed to complain the network is not opposing Trump effectively.

He made his personal politics clear too.

“Would you consider yourself a Democrat Socialist?” the undercover reporter asked.

“Oh yeah. Like, more than that I’d consider myself a socialist. Like, I think there should be national health insurance; I’m totally fine with reining in corporations; I think they’re too many billionaires; and I think there’s a wealth gap—that’s a problem.”

“Bernie is very old and I think he doesn’t want to admit that,” Wright said.

Instead, he expressed support for Sen. Elizabeth Warren (D-Mass.).

“Setting aside my professional dispassion, I worry that if he’s [Sanders] elected, he’s not going to get anything done. Because he hasn’t gotten anything done. Where I do think Warren taking those same issues could get something done,” he said.

Wright, who’s been with ABC News since 2000, also criticized the company for neglecting stories that he believes would help people make better informed decisions at the ballot box.

“Real people talk about practical issues when they’re thinking about a candidate. ‘I want to get back to the workforce’ or ‘I can’t afford childcare’ or ‘I need medical care for whatever.’ Well, those things aren’t TV friendly things. You know, we want to focus on impeachment, we want to focus on the big [stuff] going on. But the things that help people make up their minds are little [stuff],” he said.

Management, however, doesn’t “see an upside in doing the job we’re supposed to do, which is to speak truth to power and hold people to account,” he said.

The company is too focused on promoting its own products, “as opposed to the kind of dedication to the story and a commitment to telling stories that we need to tell that are maybe hard to tell,” Wright opined in a video recorded at a bar at the Doubletree Hotel in Manchester, New Hampshire, where he was to cover the state’s primary.

“The commercial imperative is incompatible with news,” he said.

At one point, the Harvard and Oxford grad pulled ABC News’ veteran producer Andy Fies into the conversation.

Both men agreed that that ABC has approached the Democratic primaries coverage like “horse racing.”

“It’s all about the [expletive] horse race,” Fies said. “We can’t stop ourselves.”

“I mean, people in New York are constantly, I think, fascinated by, ‘How can people like Donald Trump?’”

He suggested such New Yorkers need to broaden their horizons.

“Cross the Hudson now and then and come out and spend some time and you’ll hear why,” he said.

There’s no indication ABC has taken any disciplinary steps against Fies.