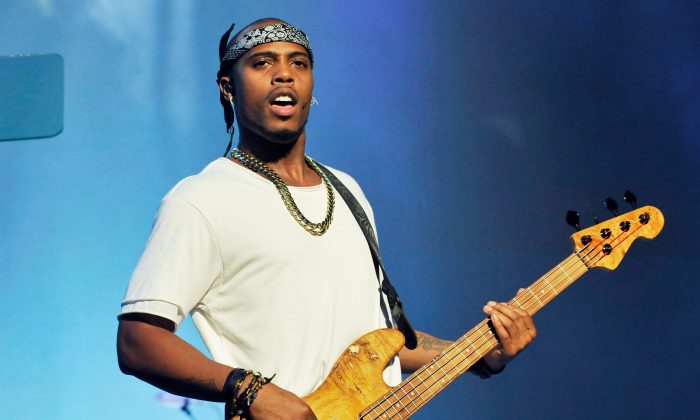 Very Popular Rapper and Producer B.o.B Is Claiming the Earth Is Flat

B.o.B, the Georgia-based recording artist, is claiming that the Earth is flat, going against what even ancient Greeks (like Aristotle) knew.

Over the last several days, the rapper and producer tweeted several items to his 2 million or so followers:

In all, B.o.B posted more than a dozen assertions that the Earth is flat, and he doesn’t appear to be trolling.

He got a response from astrophysicist Neil deGrasse Tyson on Twitter.

@bobatl Flat Earth is a problem only when people in charge think that way. No law stops you from regressively basking in it.

@bobatl Earth's curve indeed blocks 150 (not 170) ft of Manhattan. But most buildings in midtown are waaay taller than that.

@bobatl Polaris is gone by 1.5 deg S. Latitude. You’ve never been south of Earth’s Equator, or if so, you've never looked up.

@bobatl Duude — to be clear: Being five centuries regressed in your reasoning doesn’t mean we all can’t still like your music

Here are a few more tweets:

@bobatl @willshirola it's not, go to the beach, look at the horizon all the way around. It curves.

@bobatl @willshirola it's not, go to the beach, look at the horizon all the way around. It curves.

Later, B.o.B tweeted excerpts from what appears to be a book that posits the Flat Earth theory.

After he received criticism and ridicule for his ideas, he replied:

According to Vice, there’s an entire forum dedicated to the Flat Earth theory, and they carry on theories contained in Samuel Rowbotham’s work, “Zetetic Astronomy: Earth Not a Globe,” published in 1881.

A Vice reporter asked: “If you look through a telescope, you will see that every planet and star in the universe is spherical. Why would the Earth be an exception?”

A person on the forum replied to the reporter: “Don’t go too far into sophism. It’s not because every planet seems spherical that the Earth is spherical as well. Our planet is very special. First, it is inhabited. The ancient Greeks used to think the Earth was round, because they believed every celestial body was a perfect sphere, including the Earth. They just strengthened their assertion with observation.”

It’s worth noting that many ancient peoples didn’t actually think the Earth was flat, but they thought it had a bowl- or dome-like shape. Some ancients also thought the Earth was round. English philosopher Bede, who lived in the 7th and 8th centuries A.D., wrote the Earth “is an orb placed in the center of the universe; in its width it is like a circle, and not circular like a shield but rather like a ball, and it extends from its center with perfect roundness on all sides.”

That wasn’t put to the test until the 15th century when Portuguese sailor Ferdinand Magellan circumnavigated the globe.

The earliest globe is said to have been created by Crates of Mallus in 150 B.C.

Here’s more, according to a NASA writer:

After that, sometime between 500 B.C. and 430 B.C., a fellow called Anaxagoras determined the true cause of solar and lunar eclipses – and then the shape of the Earth’s shadow on the Moon during a lunar eclipse was also used as evidence that the Earth was round. Around 350 B.C., the great Aristotle declared that the Earth was a sphere (based on observations he made about which constellations you could see in the sky as you travelled further and further away from the equator) and during the next hundred years or so, Aristarchus and Eratosthenes actually measured the size of the Earth!