'It Was Simply Because I Stood Up to This Vaccine Thing' 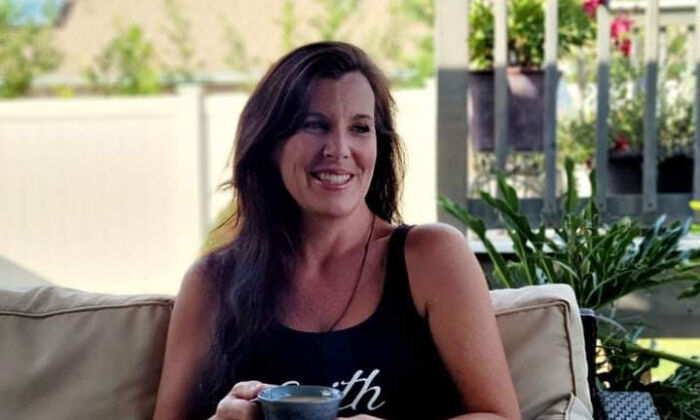 Karen 'Kay Sea' Skau relaxes with a cup of coffee in Palm Coast, Fla., on Oct. 1, 2021. (Courtesy of Karen Skau)
By Patricia Tolson