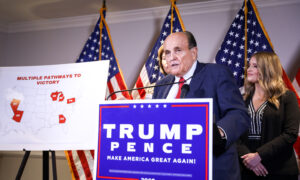 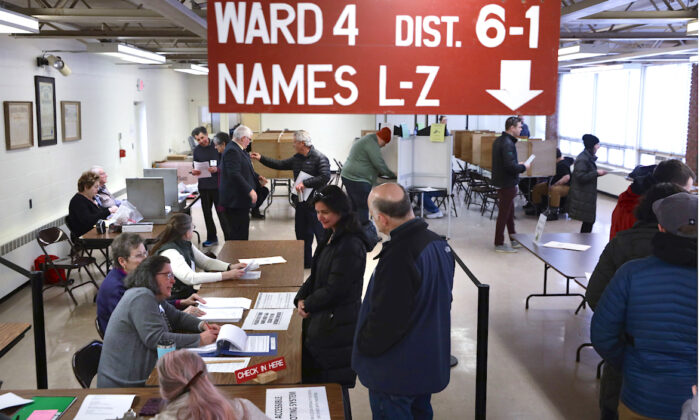 Voters wait for checking in at a polling place to cast their votes at Saint Mark’s Youth Center in Burlington, Vt., on March 3, 2020. (Alex Wong/Getty Images)
Election Integrity

Vermont Gov. Phil Scott signed a bill on Monday that would change the way the state conducts elections, including a requirement that the state send out mail-in ballots to all registered voters.

“I’m signing this bill because I believe making sure voting is easy and accessible, and increasing voter participation, is important. Having said that, we should not limit this expansion of access to general elections alone, which already have the highest voter turnout,” Scott, a Republican, said in a statement.

The bill Scott signed passed Vermont’s Democrat-controlled legislature by a wide margin. Scott, meanwhile, said that the state should expand the law even more.

“For greater consistency and to expand access further, I am asking the General Assembly to extend the provisions of this bill to primary elections, local elections, and school budget votes when they return to session in January,” Scott, a frequent critic of former President Donald Trump, added in his statement.

The law signed by Scott on Monday essentially codifies the actions that Vermont officials in 2020 imposed to relax restrictions surrounding mail-in balloting amid the COVID-19 pandemic. Republicans, including Trump, have been largely critical of similar policies and have argued that they lead to fraud and errors during elections. Democrats, who support such measures, said they are intended to keep the public safe.

Vermont Secretary of State Jim Condos’s office told the New York Times that about 75 percent of Vermont residents cast their ballots via mail during the 2020 election.

The legislation “represents the largest expansion of Vermont voter access in decades. This historic legislation will empower more Vermonters to vote, while preserving the integrity and security of the elections process,” Condos wrote on Twitter of the bill.

President Joe Biden won Vermont with about 66 percent of the vote.

The new law will send general election ballots to all active voters ahead of the election, allow voters to cast ballots by mail, and allow voters to take ballots to polling places to vote early or cast their ballots in-person on election day. The law also provides a mechanism for correcting defective ballots and makes other changes to the state’s voting laws.

A number of GOP-led states in recent months have moved to reduce election officials’ capabilities to send out mail-in ballots, including imposing felonies for officials who violate certain rules.