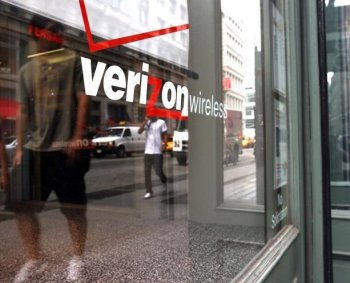 A Verizon Wireless store that people are walking past in New York City. Verizon Wireless said it would pay as much as $90 million to cell phone customers who were wrongly charged for Internet use. (Spencer Platt/Getty Images)
Business & Markets

Verizon Wireless to Pay Up to $90 Million in Refunds

Alex Johnston
View profile
Follow
biggersmaller
Print
Verizon Wireless said it would pay as much as $90 million to cell phone customers who were wrongly charged for Internet use and data sessions, according to reports.

The refund will reimburse customers who did not have data plans and their phones’ built-in software accidentally engaged in activities that cost them.

"As we reviewed customer accounts, we discovered that over the past several years approximately 15 million customers who did not have data plans were billed for data sessions on their phones that they did not initiate," Verizon said in a company statement.

The U.S. Federal Communications Commission in the past three years received complaints from Verizon customers who said they were billed extra for Internet access and data usage.

Sources close to the settlement told the New York Times that the total refunds will be more than $50 million.

“Verizon Wireless values our customer relationships and we always want to do the right thing for our customers,” Mary Coyne, deputy general counsel for Verizon, stated, according to the Times.

Verizon Wireless is a joint venture between Verizone Communications Inc. and U.K.'s Vodafone Plc, and the second-largest wireless carrier in the United States behind AT&T Wireless.