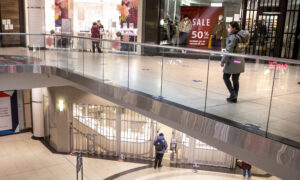 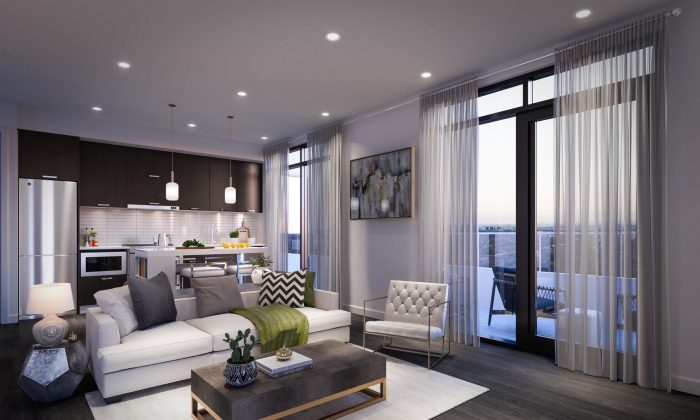 Fairview Park in North York brings together all the elements required for the ideal urban lifestyle: a fantastic location, access to transit and all of life’s essentials within walking distance.

FRAM Building Group has a reputation for creating exceptional master-planned communities across North America and Fairview Park at Sheppard Ave. and Highway 404 is no exception. The latest addition to this vibrant community is Verdé, a sleek modern tower with 29 storeys and 375 units, designed by CORE Architects, coming soon to 188 Fairview Mall Drive.

Locations simply don’t get any better than this. Verdé at 188 Fairview Mall Drive is steps from the major mobility hub at Don Mills Station, offering four rapid transit modes, where people can access the TTC subway, TTC Bus Rapid Transit (BRT), York Region Rapid Transit (YRT) and in the future, the Sheppard East Light Rail Transit (LRT). Drivers will find it easy to get wherever they need to go with its location close to the major arterial highways.

It’s steps from Fairview Mall, one of the largest malls in Toronto with more than 175 stores and restaurants, including Shoppers Drug Mart, LCBC, Club Monaco, Sephora, the Apple Store, and a Cineplex movie theatre.

Verdé, which is “green” in Italian, offers close connection to nature. As its name suggests, residents will have a sprawling community park just outside their door with features such as fitness stations, outdoor games tables, seating areas, play area and splash pad, designed to bring people of all ages together. The park will connect Fairview Park’s earlier towers, Soul and Connect with Verde, as well as to an extensive network of courtyards, paths and green spaces.

The area is also well-served by medical centres, schools (including a Montessori school to open in Connect), Seneca College and a community library. The area also offers a wealth of employment opportunities with two major employment districts, including Consumers Road Business Park, the largest employment area outside of the downtown core, with more than 34,000 jobs.

Seneca College is expecting an exciting new addition to its Newnham Campus. The new $85-million centre for Innovation, Technology & Entrepreneurship is on schedule for late this year. Designed for energy efficiency and environmental stability, the “CITE” building will provide new space for 2,700 students.

Verdé will provide all the amenities for a desirable lifestyle for everyone from young first-time buyers to young families, to downsizers, with a mix of condo suites and townhouses. The modern lobby will have two areas, separated by a double-sided fireplace. One side, residents and visitors will be greeted by 24-hour concierge. The other side will have a WiFi-enabled smart charge business zone for residents to catch up on work or surf on their devices. Natural light will flood the space through expansive windows.

Award-winning interior design firm Union 31 has meticulously designed the common areas, amenities and residences. Suites will have sought-after features such as inviting 9-foot ceilings included as standard. Buyers will have a choice of colour palettes and have the option of upgrades when they make their finishing selections.

“We are seeing a massive emerging market for larger suites,” says Rajabzadeh. “We will have one and two-bedroom suites with dens, as well as one bedroom and den suites with two bathrooms. While the emphasis is on bigger suites, this project is all-encompassing and we will have bachelor suites at the entry level as well.”

The Fairview Park area has a diverse, multi-cultural community and Rajabzadeh expects those buyers, including Chinese purchasers, will play a significant role at Verdé. He says Chinese buyers are particularly well educated and sophisticated and will appreciate all the building has to offer in terms of location, transit access, architecture, design and amenities.

FRAM is a fifth generation family business in the Toronto area that has built more than 15,000 residences, from custom homes to single family subdivision houses, to condos, mixed-used and commercial properties. They have built a reputation on their high standards of urban planning, design and quality of materials and workmanship.