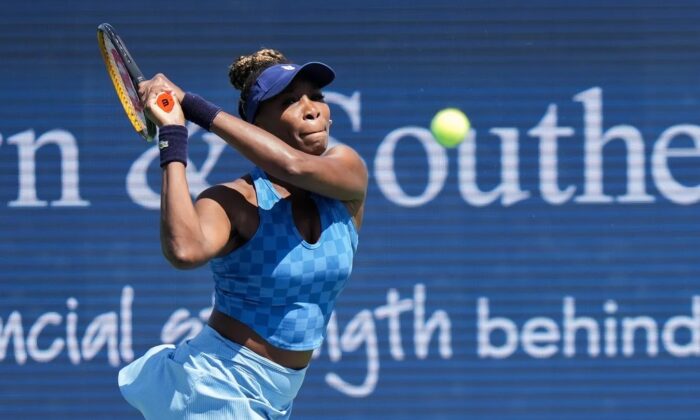 Venus Williams returns the ball during her match against Karolina Pliskova on Center Court during the 2022 Western and Southern Open in Cincinnati, Ohio, on Aug. 16, 2022. (Phil Didion/USA TODAY NETWORK via Field Level Media)
Tennis

This will be Williams’ 23rd appearance at the Grand Slam event, which gets underway on Aug. 29 in New York.

The former World No. 1 is a five-time Wimbledon champion with more than $42 million in career prize money.

Williams has lost in the first round in each of her last three events, including a 6–2, 6–3 loss last week against Jil Teichmann in Toronto.