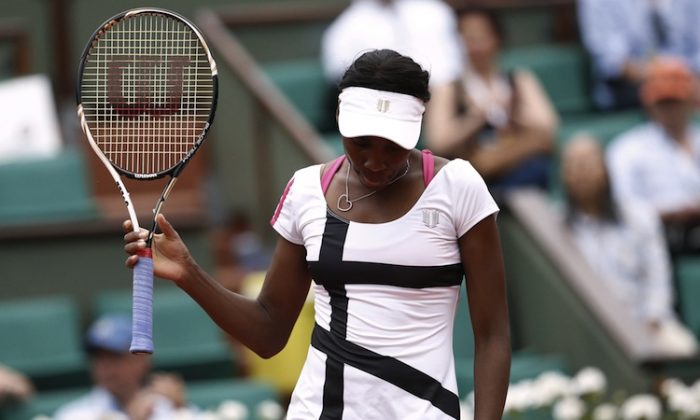 Venus Williams Bounced in Second Round at French Open

The 31-year-old Williams, who had played just 15 matches (11–4) coming into this major clearly was not herself. Playing roughly eight months after withdrawing from the U.S. Open due to her recently diagnosed battle with Sjogren’s syndrome, an autoimmune disease that can cause joint pain, Williams had 33 unforced errors to Radwanska’s.

Radwanska, 23, converted all five of her break points and saved two of the three that Venus attempted. In all Radwanska won 56 points toWilliams’s 37.