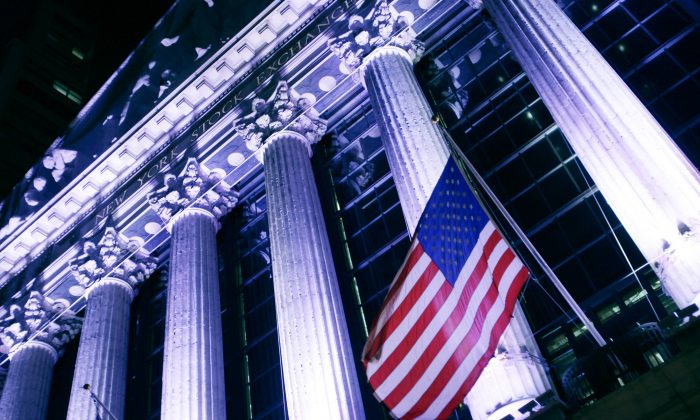 After a dramatic dip in funding last year, 2017 could be a great one for investors and startups
By Emel Akan
biggersmaller
Print

Venture capital (VC) firms reduced their investments in startups last year after the record year  in 2015.

The dollar amount of VC funds received by startups in the United States fell by 20 percent in 2016, and the deal activity also tumbled 16 percent year-on-year, according to the Q4 2016 MoneyTree report by consulting firm PwC and research firm CB Insights.

“2016 was an interesting year because a lot of macro trends came together at the same time, which led to lower levels of investments, public offerings, acquisitions, and unicorns,” said Brian Mulvey, co-founder and managing partner at PeakSpan Capital, a venture capital firm.

Silicon Valley, home to the world’s hottest startups, was hit hard with a 28 percent drop in investment, despite substantial funds raised by Uber and Airbnb last year.

Investments declined last year, despite the fact that funds held a record-high level of cash reserves. Total cash reserves, also known as dry powder, were at about $840 billion as of September last year, according to research firm Preqin.

Despite a high amount of available capital, the decline in investments was not unusual, according to experts. VC exits slowed down significantly in 2016, making it less attractive to invest in startups.

A VC firm can exit (sell) an investment typically in four to six years after the initial investment. To exit, it may either sell its investment to another buyer or sell shares in an initial public offering (IPO).

The substantial slowdown in VC investments and exits was mainly attributed to volatility in the public markets, according to Mulvey.

The mania we saw in 2015 around unicorns was not so much driven by VC firms. It was driven by what we call ‘the tourist capital.’
— Brian Mulvey, co-founder, PeakSpan Capital

Public market volatility led to a slowdown in deal flow and reduced the value of private investments.

This represents a shift since the record year of 2015, when a spike in investor interest led to the creation of a record number of “unicorns” (startup companies valued at over $1 billion).

“The mania we saw in 2015 around unicorns was not so much driven by VC firms. It was driven by what we call ‘the tourist capital.’ These are investments coming mainly from hedge funds and mutual funds,” he said.

The tourist investors are short-term investors. Hence, when the public markets decline, they cannot exit, and their business model no longer works.

“They disappear with the snap of a finger,” Mulvey said.

It is still unclear whether or when these investors will come back, he said.

The majority of VC funding in 2016 continued to be directed into three sectors: internet, mobile and telecom, and health care. This is in line with the investment trends observed in the last 20 years, according to the MoneyTree report.

The Bay Area still attracted a majority of the VC investments in the United States, followed by New York and New England.

The Washington, D.C. area outperformed other regions, with a 26 percent rise in investment in 2016, buoyed by internet satellite startup One Web that raised $1.2 billion capital in the last quarter.

Despite a substantial funding dip, Silicon Valley will continue to be the epicenter of venture investment, according to Ciccolella.

“A lot of VC firms and successful startups are still in Silicon Valley, and hence the venture capital ecosystem is still very healthy here,” he said.

Also, there was a record level of investment in artificial intelligence (AI) in 2016, according to the MoneyTree report.

“Artificial intelligence is becoming a major disruptor across a number of sectors. … This is likely to continue in 2017, as AI moves from the technology sector to other traditional enterprise sectors like automotive, financial services, and healthcare,” Anand Rao, a partner at PwC, stated in the report.

Another area of interest for VCs was cybersecurity. “Cybersecurity is as critical as it has ever been,” Mulvey said.

With the recent recovery in public markets, 2017 could be a blockbuster year for both investors and startups.

Valuations in the public market are very strong, so a number of tech startups will get VC funding this year, Mulvey predicts.

“There are interesting companies generating real revenue, not just eyeballs. There are thousands of them. So as long as you value these businesses in a responsible way, you can make good returns,” he said.

“The clouds were somewhat dark last year but this year will be amazing.”