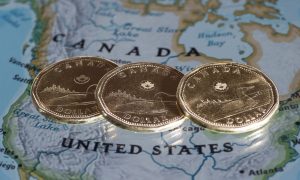 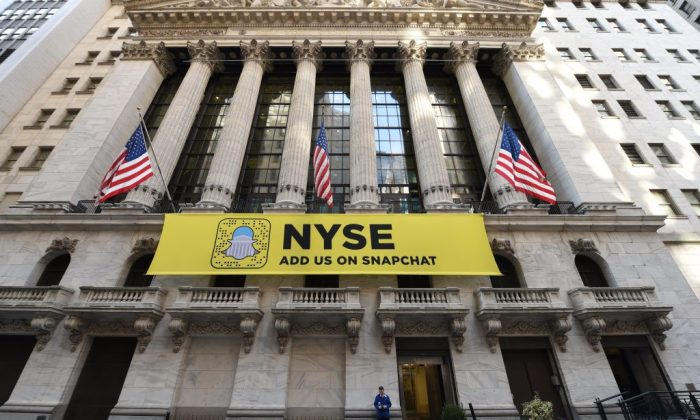 A trader stands in front of New York Stock Exchange on Wall Street in New York January 25 , 2017. (TIMOTHY A. CLARY/AFP/Getty Images)
US News

Venture Capital Investment in US Companies Hits a New Record

WASHINGTON—U.S. startups received a record-breaking amount of venture capital (VC) investment last year, surpassing the high-water mark set at the height of the dot-com boom in 2000.

The rise in VC investment was primarily fueled by an unprecedented level of mega-deals (valued at more than $100 million). These deals surged nearly 150 percent in value and 90 percent in number.

The PitchBook-NVCA called 2018 a “truly exceptional year for the venture industry.”

“Looking ahead to 2019, it appears likely that the arms race of mega-deals into startups backed by a growing number of mega-funds will continue,” the report said.

VC exits, or successful conclusions of early-stage investments, also were strong last year, surpassing $120 billion for the first time since 2012.

“Despite the public market volatility and slight cooling of exit counts, 4th quarter posted one of the stronger recent quarters on an exit value basis,” said the report, adding that the number of VC-backed companies entering the public markets in 2018 was the highest in four years.

In some sectors, the IPO logjam broke in 2018, and several unicorns including Airbnb, Uber, and Lyft have indicated that they are planning to go public this year. Hence, investor sentiment surrounding big-ticket IPOs in the first half of 2019 suggests that the IPO window could stay open for at least the near future.

U.S. startups will continue to enjoy a strong financing environment in 2019, according to Phil Dur, co-founder and managing partner at PeakSpan Capital.

PeakSpan, a California-based venture firm, for example, recently closed its second fund with $265 million in capital commitments. That was a significant jump from the firm’s $150 million first fund, raised in 2016. The firm invests in growth-stage business software companies.

“There’s a lot of capital on the sidelines. There’s a significant amount raised last year,” Dur said. “I’m not concerned that there won’t be access to capital.”

Venture funds raised $55.5 billion capital from investors last year, the highest capital PitchBook-NVCA has ever recorded. And the fundraising activity will likely continue its strong pace in 2019.

Despite a strong funding environment, Dur is worried about higher valuations and VC exit activity.

Sustained volatility in the stock market may depress valuations for public offerings and create uncertainty for VC-backed exits.

In addition, the prolonged government shutdown may cause delays in IPOs. Another potential threat to the venture industry is the new foreign investment legislation, called the Foreign Investment Risk Review Modernization Act, which expands the authority of the Committee on Foreign Investment in the United States. It enables the committee to scrutinize and block deals, including minority investments in U.S. companies.

According to PitchBook-NVCA, this new bill has already impacted some VCs that raise money from foreign companies, causing frictions in fund formation and financing processes.

“As more regulations and enforcement come out in 2019, [we] expect this to be a growing topic of conversation and concern for the venture industry,” said the report.

Despite these regulatory hurdles, America is still an attractive market for venture capitalists, even including Chinese funds.

Despite a sharp drop in Chinese foreign direct investment in the United States, Chinese venture capital funds invested in U.S. companies at a record high last year, according to Rhodium Group, a research company.

Chinese investments in the United States dropped amid growing trade tensions with Beijing. However, the venture industry wasn’t affected by this downward trend. Chinese venture capital financing increased to $3.1 billion in 2018 from $2.1 billion in 2017.