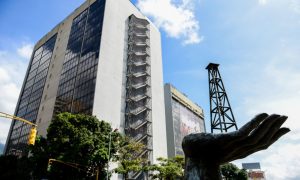 Want to Sue Venezuela for Millions? These Firms Can Help, for a Price
0
Share Now
FacebookTweetParlerEmail
Copy Link 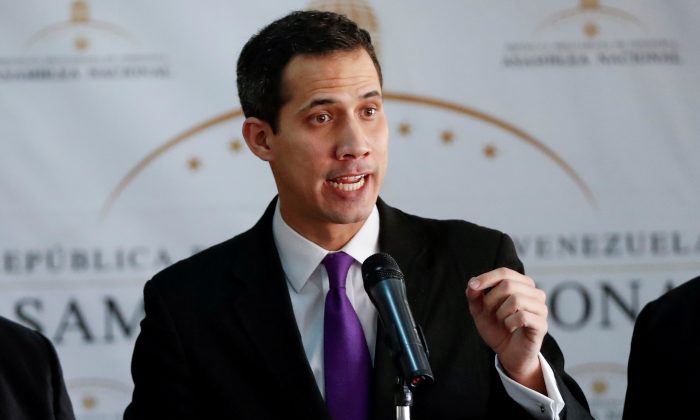 Juan Guaido, President of the Venezuelan National Assembly and lawmaker of the opposition party Popular Will, speaks during a news conference in Caracas, Venezuela, Jan. 10, 2019. (Reuters/Carlos Garcia Rawlins/File Photo)
Americas

BOGOTA, Colombia—The leader of Venezuela’s opposition-controlled congress, the National Assembly, was briefly detained days after he invoked constitutional decrees in an effort to remove the Maduro regime and install himself as the new legitimate leader of the country.

Juan Guaidó, who was elected as new leader of the National Assembly earlier this month, announced to hundreds of supporters at a rally outside the United Nations’ Caracas office on Jan. 11 that he would invoke three constitutional articles “to call immediate free elections, and for the unity of the people, armed forces, and international community to end the usurpation.”

According to opposition figures, Guaidó was briefly detained by secret police on Jan. 13, but released quickly. He spoke at a rally on the same day after being released.

A number of countries around the world—including the United States, Canada, and over a dozen Latin American nations—have rejected the legitimacy of President Nicolás Maduro’s second term, which he claimed to have won in the May election.

Guaidó’s unexpected announcement was greeted with waves of enthusiasm, as many believed a parallel government to have been installed, replacing Maduro who is widely acknowledged to have secured his second six-year-term undemocratically.

Press releases from both the National Assembly and Guaidó’s party, Popular Will, interpreted the announcement as a declaration that Guaidó was assuming the presidency and leading the new de facto government.

“We salute the assumption of [Juan Guaidó] as acting president of Venezuela in accordance with article 233 of the Political Constitution,” Luis Almagro, leader of the Organization of American States, said in a tweet, seemingly confirming the announcement. The government of Brazil also released a statement recognizing Guaidó as the legitimate Venezuelan leader.

The declaration was then met with confusion, however, with no clear confirmation coming from the leader himself and the National Assembly releasing a second press release to clarify that this was, in fact, not the case.

“It’s not an action, it’s a process,” explained Américo de Grazia, a deputy in the coalition hoping to oust Maduro, in conversation with The Epoch Times. “Article 233 states that in the absence of a constitutional president, the president of the National Assembly automatically assumes the presidency of the Republic. [Maduro] held a fraudulent election on May 20 of last year, so his presidential term has finished.”

But in order to remove the “usurper,” de Grazia said that the Assembly needs wider domestic and international support.

“Replacing him is not just a judicial action but of public order, and it requires combining four factors: the National Assembly, an international alliance and recognition of a new president and institution, the armed forces who are called on to respect the constitutional order and not the illegitimacy of President Maduro, and the people in the street legitimizing this with their discontent, protests, and civil rebellion,” de Grazia said.

Some analysts have interpreted the move as disorganized and premature as it was executed before the necessary support and guarantees were gathered from Venezuelan military leaders who currently back Maduro, and international heavyweights.

“It is hard to be certain, but there are many forces internal and external trying to push Guaidó into a premature declaration for which he—at least according to his public statements—is not ready,” said Phil Gunson, senior Venezuela analyst at the think tank International Crisis Group.

The Venezuelan minister for prisons, María Iris Varela, quickly generated scares of further oppression in a tweet stating, “Guaidó, I already have your cell ready, I hope you name your cabinet quickly so we know who is going with you, stupid kid.”

The National Assembly has called for a mass protest on Jan. 23 in the hope of peacefully forcing Maduro to resign.