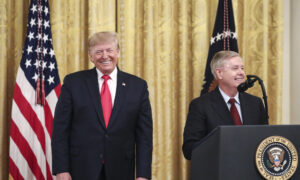 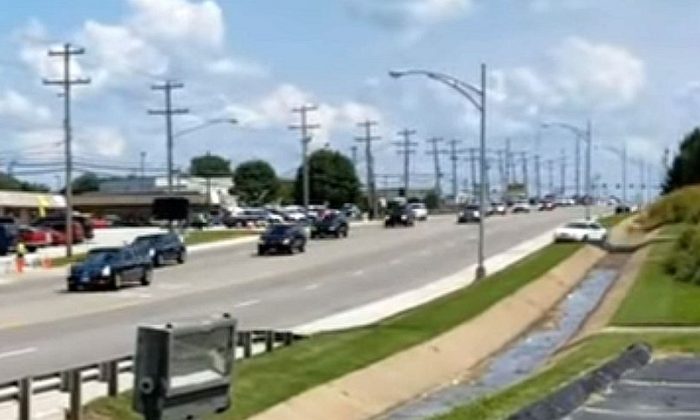 Vehicle Appears From the Woods as President Trump Motorcade Drives By

The vehicle can be seen emerging from the nearby woods as the motorcade drives by along Kearney Street in Springfield, Missouri, Ozarks First reported. At around 1:15 into the clip, a white vehicle appears from the wooded area and onto Kearney Street.

Police have said that there is no indication that the car tried to ram the motorcade. “No intent of harm or disruption to motorcade,” the Springfield Police Department said in a tweet.

The man who shot the video, Clayte Hefner, told Ozarks First that he was near his work when he shot the video. He saw two women in the car as it rolled outside the woods before it hit a ditch and was disabled.

Police said that there were no injuries and no arrests.

“I don’t know—it was kind of weird,” local Chris Roberston told the News-Leader. “At first I thought it was some kind of Secret Service vehicle … then it just looked like a regular car.”

Robertson said he feared it “was some kind of freak trying to ram (the motorcade).”

“I think she was probably as freaked out as anybody,” he said of the woman in the vehicle. “Going through those trees and that brush.”

President Trump was in Missouri to promote his efforts on tax reform.

On Thursday, the White House announced that Trump would pledge $1 million of his personal money to Hurricane Harvey recovery in Texas. He spent several days in Texas before he went to Missouri.

“I am happy to tell you that (Trump) would like to join in the efforts that a lot of the people that we have seen across this country do and he’s pledging $1 million of personal money to the fund,” White House spokeswoman Sarah Sanders told reporters on Thursday at a White House briefing.