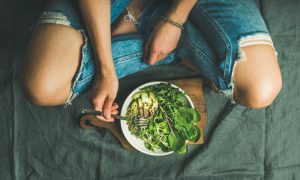 Why We Shouldn't All Be Vegan
0 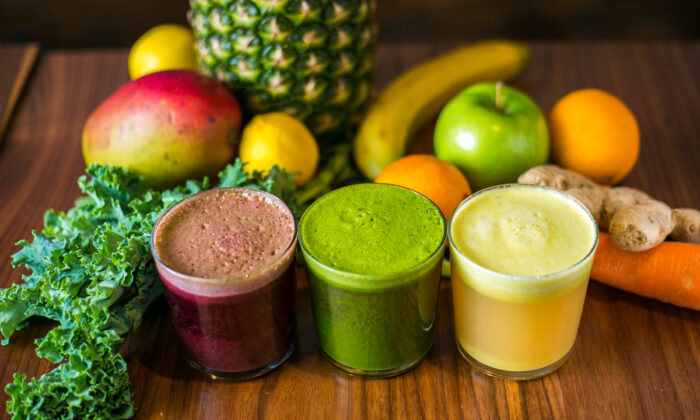 ‘Veganuary’: A Resolution You Can Skip

I never got the point of a vegan diet. I dislike its cultish mindset. And I regard New Year’s resolutions as prelude to failure.

That gives “Veganuary,” which started in Britain, three strikes and an out as an obsession to commandeer my January.

The push to adopt a strictly vegan diet for the month of January speaks volumes about English-speaking peoples’ rocky relationship with food and affection for movements.

A vegan diet is like a vegetarian one—no meat, fish, or fowl—but it also bans animal byproducts, such as cheese, eggs, and milk.

There’s always a new diet. There’s keto, a diet of very few carbs and very high fat, seen as a fast way to lose weight. There’s the paleo diet, based on what the earliest humans supposedly ate. It permits organic produce, naturally raised meats, wild-caught fish, eggs, nuts, and seeds—but not dairy, processed foods, and sugar. Oddly, both the keto and paleo diets forbid grains and legumes. (Rules are rules.)

Asked her opinion on the paleo diet, a nutritionist on Doctor Radio (a SiriusXM channel) responded that she had no idea what cavemen consumed. I know from a reliable source, however, that Fred Flintstone ate brontosaurus burgers.

I get vegetarian diets. I understand the reluctance to kill animals for food. While I don’t share it, I want the animals to have been treated as humanely as possible. After all, Rusty, my sweetheart mutt, wouldn’t hurt any creature except for rabbits, but he and I were given canine teeth for a reason.

Dietitians maintain that vegetarians who don’t load up on fatty vegetarian grub can be very healthy. And a lot of us should be eating fewer burgers and more cauliflower than we do.

But it’s harder to achieve good nutrition with veganism. In particular, vitamin B12 is found only in animal sources, so vegans are advised to take supplements, according to Harvard Women’s Health Watch. How natural are pills?

From an ethical standpoint, the vegan banning of eggs or milk makes no sense at all. The cow that provided milk for my coffee is doing just fine, and the chicken’s life was in no way shortened by the eggs that went into my omelet.

The vegan movement argues that industrialized dairy or chicken farms are bad for the environment. Thing is, crops such as soybeans, corn, and grains are also industrially grown and produced with high use of chemical fertilizer, fungicides, pesticides, and herbicides.

In a piece last year in the Guardian, Isabella Tree, who runs a “sustainable” livestock farm in England, makes the above point and others in questioning veganism. She endorses “traditional rotational systems, permanent pasture, and conservation grazing” that actually “restore soils and biodiversity, and sequester carbon.”

Tree’s cattle graze on wildflowers and grasses, and the pigs poke around for rhizomes and dive into ponds. All of this animal action creates opportunities for other species of small mammals and birds. Animal dung “feeds earthworms, bacteria, fungi and invertebrates such as dung beetles, which pull the manure down into the earth,” Tree says.

Out of curiosity, I visited Veganuary’s UK-based website. It asked visitors to take the Veganuary pledge. I clicked “Take the Pledge.” Then it asked for my email address, which I also provided. But then—before letting me see the recipes and meal plans—it demanded more information including gender, age, and telephone number. Could requests for money and sales pitches for products be far behind? I was out of there.

My diet for January will be restricted to meat, fish, fowl, vegetables, nuts, yogurt, cheese, milk, fruits, beans, and grains, with the occasional cookie sprinkled with sugar. Hope I can stick to it.