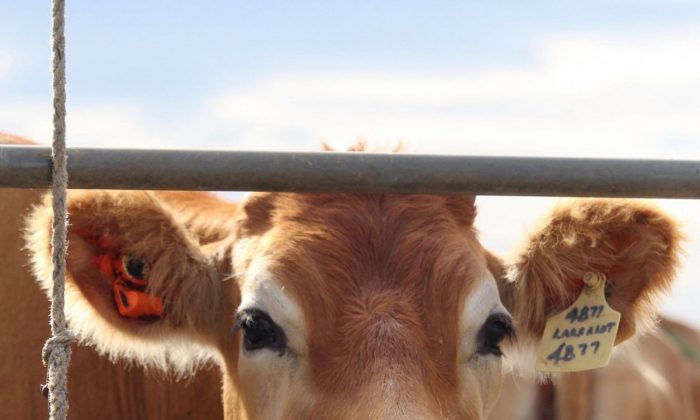 A standoff between farmers and vegan activists in Western Australia (WA) has prompted the federal minister for agriculture to ask all involved to calm down.

Littleproud confirmed Parravacini had argued with the activists before firing a shotgun but the gun was never aimed at the activists.

“I call for all to remain calm and respectful,” the minister said in a public statement. “Differences between sections of the vegan and farm communities will not be solved with confrontation.”

The minister criticised those behind the recently launched Aussie Farms vegan activist website, which lists hundreds of family farms, their home addresses, and some “incorrect details” about their farming operations.

“I again ask the owners of the ‘Aussie Farms’ website to pull down its farm map,” Littleproud said. “It’s an attack map for activists, it’s creating an atmosphere of fear and anxiety on farms around Australia.”

Littleproud is “genuinely concerned” the website might lead to unlawful acts that end in someone being seriously hurt or worse.

“Farmers have a right to farm without being harassed. These people are just producing our food and should be left alone to do so,” he said. “Family farms are people’s homes, children live in these homes, farmers are good people just trying to live their lives, raise their kids and feed our nation.”

The minister called for tougher penalties for trespassing because one “serial farm invader” only paid a $200 fine without a conviction recorded even though she was caught trespassing on farms three times.

“I raised the issue of trespass with my state colleagues at the agriculture minister’s meeting in Adelaide, and I again implore them to send a clear signal that trespass will result in charges and real penalties,” Littleproud said. “The activist section of the vegan community should make their case in the public debate and in the parliament, not by intruding on farmers’ privacy, property and lives.”

“WAFarmers is calling for a full investigation into these allegations and if any individual or group is found to have broken the law, then prosecution should follow,” WAFarmers President Tony York said in a public statement. “The livestock industry has put a huge amount of time, effort and money to improve its integrity systems to ensure the best practise [in] animal welfare standards possible for all animals going into the live export trade.”

WAFarmers believes any groups or individuals found to breach animal welfare standards or give incentives to sabotage and compromise the standards in place should be prosecuted.

“We now are questioning how the livestock industry can be given assurances that activists groups cannot hinder the trade moving forward without being held accountable for their actions,” York said. “These groups appear to be focused on the live trade out of Australia but WAFarmers believes the welfare of all livestock is paramount.”

“Some of the heat stress modelling assumptions used in the report may have skewed some of the findings. More work now needs to be done before the industry can accept any final recommendations,” WAFarmers President Tony York said in a public statement.

“We have stressed that science must underpin any new changes and that more time is needed to establish new welfare indicators and this initial report is the first step in that process.”

Since April 2018 several new conditions have been implemented and they have proven to be effective according to WAFarmers.

“WAFarmers believes these measures have proven sufficient to allow the trade to continue whilst further welfare assessments are conducted,” York said. “The trade will also be implementing new standards as a result of the review into the Australian Standards for the Export of Livestock, which will complement the welfare improvements already in place.”

WAFarmers vows to continue to engage with the industry to consider possible outcomes of this initial report and said it will provide a comprehensive response in due course.

“Our response will advocate in the best interests of WA sheep producers and the animals they produce,” York said. “It is important to get these parameters right, as once these are ascertained, the industry can employ new technologies to ensure the continuation of the trade for all livestock, given the importance of multi-species shipments.”