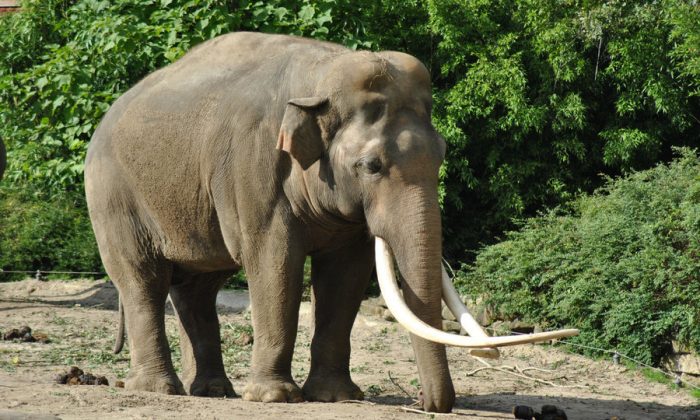 POACHING: Almost a decade after he was gunned down by Special Task Forces, the ghost of dreaded forest brigand – Veerappan – seems to have resurfaced in the forests bordering Karnataka and Tamil Nadu. A series of elephant-killings has led forest officials to suspect that an organized gang of poachers is operating in the area. In the last six months forest officials have recovered at least three carcasses of young elephants whose trunks were hacked in order to remove the tusks without damaging them. Two of these dead elephants were found in the ‘D’ (demarcation) line between the two states.

However, what is really surprising is the uncanny similarity between the new gang’s modus operandi and that used by Veerappan’s gang during the 1990s. Moreover, all the killings have taken place in the same forest belt that was once the domain of the elusive bandit. Forest officials say that the elephants were first shot dead by some sort of county-made gun, and then the tusks were removed after making an L-shaped cut in the trunks. These cases are unlike others where the tusks are usually retrieved after the elephants died due to electrocution or other causes.

Elephants normally have an average lifespan of about 80 years in the wild. Sadly, all the three elephants killed were only 10-15 years old. The first pachyderm was killed about six months ago in the Hosur range, while the other two were killed recently in the Hosur range and the BRT tiger reserve respectively within the last month. Incidentally, the BRT reserve is a heavily guarded area, and the impunity with which the gang seems to be operating has caused a lot of alarm in the forest department.

Speaking about the serial killings, the regional deputy direct of the Wildlife Crime Control Bureau for South India, Venkatesh Murthy, said that he was aware of the recent incidences of poaching and also about their striking similarity to the modus operandi of Veerappan’s gang.

Forest officials also confirmed that senior-level officers were currently having discussions about launching a joint-operation akin to the one that finally resulted in the killing of Veerappan.

Most organized poaching activities have some distinct characteristics. The gang initially studies presence and movement of elephants in a particular area, after which they zero-in on one of the pachyderms. On the eventful day they fire at their target victim, but the elephant does not die instantly. The wounded beast runs for some distance and then eventually succumbs to due to excessive loss of blood. Meanwhile, the gang coolly camps in the vicinity waiting for the elephant to breathe its last. The gang then follows the blood trail to the carcass of the shot elephant. The tusks are then cut out from the trunk of the dead animal and sold in illegal markets that deal with such items.

Hopefully this gang will be caught before they become as big a menace as Veerappan.

This article was written by Rohit Daniels, a content writer for www.indiasendangered.com.