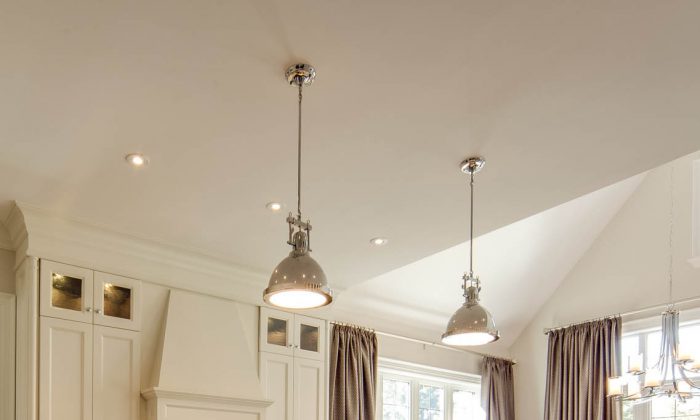 The Greater Toronto Area’s housing crunch hasn’t just resulted in a diminution of affordable houses for sale; it’s also making newer ones narrower. But a 28-unit boutique townhouse development in Vaughan located at Weston Rd. and Major Mackenzie Dr. slated for a springtime release promises to buck the trend and make homes feel the way they’re supposed to: spacious, stylish and sublime.

If early registration is any indication, Upcountry Towns by Centra Developments, which will be composed of twenty four freehold townhomes and four semi-detached houses, should disappear from the market almost as quickly as they appeared. Starting in the high $900,000s, Centra is cognizant of the need to provide buyers with value at this price point, and that’s why finishes will be luxurious and of the utmost quality.

Centra’s president, Paul Lorusso, says the homes’ price tag is a function of GTA land prices, especially given Vaughan’s proximity to Toronto, but it has also impelled Centra to build Upcountry Towns the way million-dollar homes are meant to feel.

“Townhomes in the Vaughan area are starting almost everywhere in the high $900,000s or million dollars,” said Lorusso, adding that Upcountry Towns are well priced compared to other townhome developments in East Maple, Richmond Hill and parts of Markham. “The cost of land factors into it as well, but with that, the buyer has higher expectation of finishes. Upcountry will also have superior finishes than what you would have seen five years ago when a townhouse was less.”

Land scarcity has had ramifications on townhouse lot sizes for some time now, shrinking them to, on average, 18-foot widths, but Upcountry will be built up to 30 percent wider. Additionally, the units’ square footage will be substantially higher than the GTA average of 1,600 to 1,800 square foot.

“We’re starting at nearly 2,200 square feet and the semis will be in the mid-2,000s,” said Lorusso. “There will be wider frontage lots and large living spaces that will make the buyer feel like they’re getting more than just a townhouse. Buying into a larger square foot townhome is going to give a lot of space for the family. Even though they’re called townhomes, they won’t feel like townhomes.”

“We called it Upcountry because every day Vaughan is becoming an increasingly attractive place to live with the revitalization of the Highway 7 core,” she said. “There’s already a lot of infrastructure in the area around Upcountry—it’s becoming a real destination in which to live. With the cachet of what we’re building and what Vaughan is becoming, how hugely diverse it’s become, especially with a lot of young people deciding not to live in downtown Toronto but uptown—upcountry—Vaughan is becoming very cosmopolitan.”

For his part, Lorusso recognizes the area’s allure, because he grew up in Woodbridge.

“We believe in the immediate area,” said Lorusso, “so we purchased land to do four different projects all within the existing community. We recognized that there aren’t many opportunities for new homes in the area, which has become the epicentre of Vaughan and Woodbridge, so we’ve invested quite a lot in the area and we’ll be rolling out new projects over the next couple of years.”

The Vaughan Metropolitan Centre (VMC) is under a 10-minute drive from Upcountry Towns, and with its TTC subway extension slated for completion by year’s end—less than a year before the completion of Upcountry— it will succour easy access to downtown Toronto.

And given the VMC’s emergent status as the second-most vibrant downtown in the GTA, the economic prospects are such that fewer local residents are working in downtown Toronto than ever before, choosing instead to work closer to home. That trend will only continue as the VMC keeps developing.

“There is a big economic base here with a lot of businesses in the area, so you won’t necessarily have to drive downtown,” said Lorusso.

In addition to a healthy local economy, the area is replete with reputable educational institutions and community groups for residents of all ages.

There are a slew of private schools within the vicinity of Upcountry Towns, including some in nearby Kleinburg and Woodbridge, as well as Delano Academy, Hill Academy and Arts and Science Academy of Canada in Vaughan.

The First Chinese Seniors Association of Vaughan, whose mission is to reduce isolation, opened nearly a decade ago and proffers elder members of the Chinese community—which has grown substantially in Vaughan in recent years—with social and physical activities.

“There’s a sense of real community here and the lifestyle is not like it is in a big subdivision,” said Neves Dubé. “People will be coming into a mature community where they’re in a hub, buying a brand new house and not having to wait for amenities to catch up. They’re already here.”