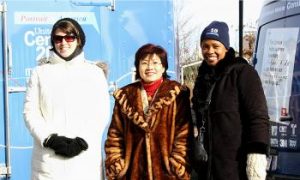 Head of Vatican Bank Under Investigation

[xtypo_dropcap]T[/xtypo_dropcap]uesday, prosecutors in Rome officially put the chairman of the Vatican bank, Ettore Gotti Tedeschi, under investigation in connection with money laundering.

As part of the investigation, the tax police froze a 23 million euro (US$30 million) account of the Vatican bank, officially know as the Institute for Works of Religion (IOR) at the Credito Artigiano Bank, reported ANSA news agency.

The investigation is triggered by two reported suspicious transactions, the BBC reports. Since 2007, banks have been required to notify authorities of transactions with non-EU financial institutions, like the IOR, to prevent money laundering.

The Vatican stated it has given full transparency in the IOR transactions and is perplexed and surprised. It stated the information about the suspicious transactions was already given to the Italian central bank, and expresses full confidence in Tedeschi.

In 1982, the IOR head was protected by diplomatic immunity when the Italian bank Banco Ambrosiano collapsed under suspicion of fraud. The IOR was a major shareholder and its head was under consideration for indictment as an accessory of the bankruptcy.