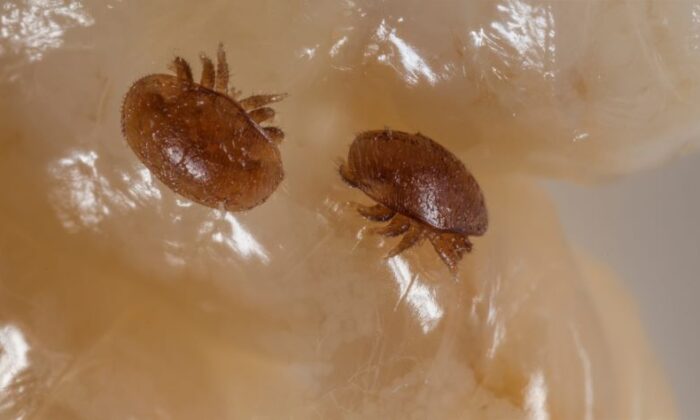 A new biosecurity zone has been set up northwest of Coffs Harbour on the New South Wales (NSW) mid-north coast after the latest detection of the destructive varroa mite.

The infested bee hives were found at a property in Nana Glen, located outside the existing biosecurity zones, bringing the total number of infested premises (IPs) to 43.

This comes after varroa mite was first detected at the Port of Newcastle on June 22. Since then, NSW field officers have continued to carry out hive inspections and surveillance of managed hives for mites in cooperation with beekeepers.

Varroa mites are tiny reddish brown external parasites of honey bees that if left untreated, will kill any beehive they infect. Drone bees can transport mites from hive to hive and also between apiaries.

Under the current response strategy, infested hives and those within a 10km emergency zone around positive detection sites are eradicated.

In addition, the Department of Primary Industries (DPI), together with the federal government, is conducting surveillance and inspections of managed and feral honeybee hives and nests within a 25km radius of each infested site, as well as setting up a 50km biosecurity zone around each IP. Beekeepers within this zone must notify NSW DPI of the location of their hives.

Minister for agriculture Dugald Saunders said in a release on Monday that DPI staff are continuing their thorough surveillance work, having put strict measures in place to stop the spread of this latest infestation.

“Our tracing efforts have led us to this IP after hives were moved earlier this year, prior to the introduction of the state-wide pause on movement,” he said.

“The good news is we can still draw a direct line between every single case so far, which means we have a good handle on the situation.”

Saunders added that field officers are undertaking hive inspections with beekeepers right across the state and have linked this new incursion to an existing case in the Hunter cluster.

Biosecurity officers will humanely euthanise all hives on the Nana Glen premises, as well as trace the movements of hives and equipment to and from the property over the past year.

Around 5,000 honeybee hives are required to pollinate blueberries, raspberries, blackberries, avocados, and macadamias in the Coffs Harbour region from July until the end of September, so DPI is working closely with the industry to find the best solutions.

Member for Coffs Harbour, Gurmesh Singh, said if varroa mite is not stopped, there will be a significant impact on local produce in the area.

“Bees play such an important role as pollinators, and they drastically improve the quality of the fruit and vegetables that we consume every day,” he said.

“The quicker we can get things under control, the better, so I’m encouraging farmers and apiarists to please come forward and report the locations of your hives, as it is an invaluable component of our control measures.”

The response plan for the eradication of varroa mite employs a strategy agreed to by the NSW and federal governments, as well as the apiary industry.