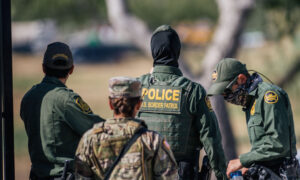 Vanessa Pham Was Giving Julio Garcia a Ride to the Hospital When He Stabbed Her: Prosecutors

Vanessa Pham was asked by Julio Miguel Blanco Garcia for a ride for him and his 1-year-old daughter to the hospital. She let him and his daughter in the car, but Garcia, high on PCP, stabbed her repeatedly after he said he became worried when she took a wrong turn.

That’s according to new court documents filed ahead of the trial of Blanco Garcia, where prosecutors will look to link DNA found on the butcher knife to him being the killer, according to NBC.

Pham, a 19-year-old college freshman, was stabbed in summer 2010, and her car veered into a ditch along Arlington Boulevard. Blanco Garcia allegedly fled from the car with his daughter. Fingerprints found in December 2012 linked him to the car, after which he was arrested.

More than 1,600 pages of evidence were filed by the prosecutors.

Blanco Garcia was also afraid that Pham would call police on him, he told investigators, according to the Washington Post. Blanco Garcia said he used a baby wipe to clean blood off his hands after he exited the car.

Meanwhile, Garcia’s attorneys asked the judge for the dismissal of all of the charges, arguing that the trove of documents released before the jury is selected has tainted the trial.