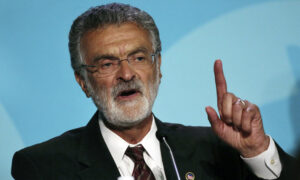 Vanesa Tapia Zavala has been arrested over the murder of Kim Pham outside a night club in Santa Ana in California over the weekend.

Pham was taken off life support on Tuesday and died.

Zavala has been charged for murder, and faces a maximum sentence of 15 years to life in prison if convicted.

Zavala was identified through video taken by bystanders at the scene on their cell phones.

The argument that sparked the fight may have started over an accidental “photobomb,” which refers to when someone messes up a photo being taken.

A friend who wanted to remain anonymous told the LA Times that Pham accidentally walked into one of the photos being taken by a group of three women and two men. An argument started between that group and Pham and her friends. Pham was beaten and left unconscious at the sidewalk.

The altercation happened shortly after midnight on Saturday morning.

Investigators are looking for the other two women and two men that were part of the group. They are all in their 20s.

Meanwhile, Pham’s family remembered her as a kind person.

“She would go out of her way to help others and never expect anything back from them,” said her stepsister Lisa. “That’s the kind of person she was.”