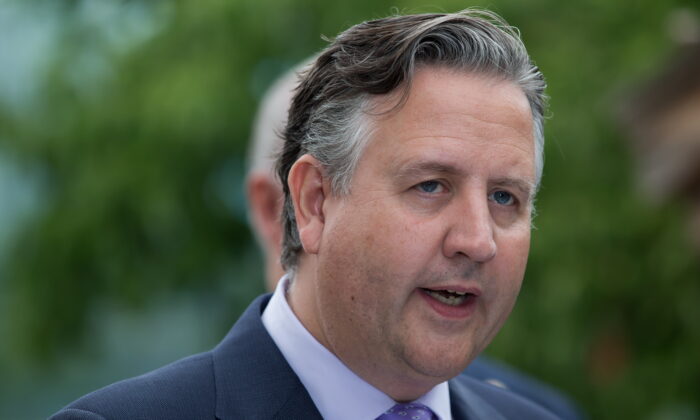 Vancouver City Council Votes to Provide up to $660,000 for Legal Fight Against ‘Big Oil’ After Mayor Breaks Tie

Vancouver city council has voted to endorse a proposal to spend up to $660,000 to fund a class action lawsuit against major fossil fuel companies, asking them to pay for climate change-related costs borne by municipalities.

In a council meeting on July 20, Mayor Kennedy Stewart voted to break the tie in favour of the decision.

The campaign alleges that the fossil fuel industry has played a role in “knowingly causing climate change and blocking policies and actions to address climate change.” It urges local governments to take legal action to force the world’s oil and gas companies to pay for their share of climate change-related costs, citing examples such as sea wall repair and protection from extreme heat.

Vancouver Green Party councillor Adriane Carr introduced a motion to city council on July 20, asking that staff include in the draft 2023 Operating Budget an amount of up to $1 per Vancouver resident to support the group’s class action lawsuit against oil companies.

Considering Vancouver’s population of roughly 662,000, according to a 2021 census, the city will provide up to $660,000 in funding. That budget, however, will have to be voted on by a new council, pending the upcoming October municipal election.

Carr and other Green councillors Peter Fry and Michael Wiebe along with councillors Jean Swanson and Christine Boyle voted in favour of the motion, while councillors Rebecca Bligh, Melissa De Genova, Lisa Dominato, Colleen Hardwick, and Sarah Kirby-Yung voted against the motion.

The Vancouver mayor made the decisive call to support the motion with a 6-5 vote.

The Epoch Times reached out to Stewart for comment but didn’t hear back by publication time.

Councillor Kirby-Yung, who voted against the motion, expressed her disappointment on social media over its passing, saying there are other funding initiatives already in place to address climate concerns.

“Cllr Carr motion to spend $1 per resident on big oil lawsuit passed. This cost is in ADDITION to her recent budget motion to ALSO add a new, annual +1% additional property tax climate levy. Apparently that $9 million wasn’t enough,” Sarah Kirby-Yung said in a Twitter post after the vote.

“Both of these AFTER Council, including Carr, voted to limit the property tax increase to no more than 5%. Don’t make the promise if you don’t intend to keep it.”