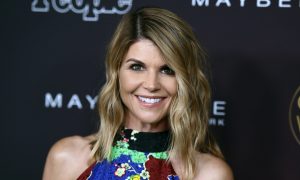 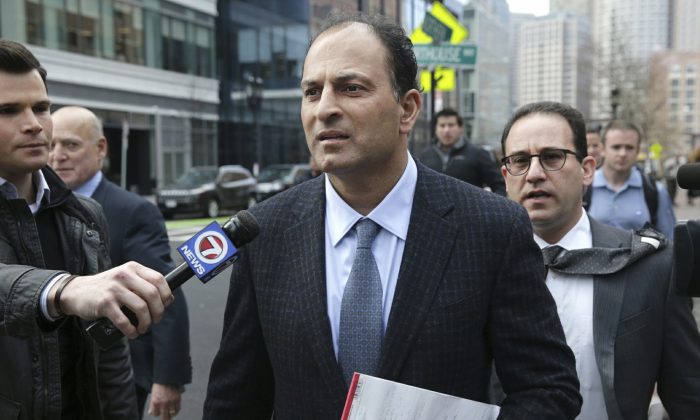 Lawyers for a prominent Vancouver businessman say their client has pleaded not guilty in court in an alleged college admissions scam in the United States.

The U.S. attorney office in Massachusetts says in a tweet that David Sidoo has been released by the federal court in Boston on a secured bond of US$1.5 million and his travel restricted to Canada and the United States.

Why does Prime Minister Trudeau associate with individuals entangled in scandal? Why did David Sidoo just step down as…

Sidoo was charged with conspiracy to commit mail and wire fraud as part of a prosecution by United States authorities of an alleged college admissions scam involving dozens of accused people.

An indictment released March 12 alleged Sidoo paid $200,000 in total for someone to take an entrance exam on behalf of both his sons, and that he also paid an undisclosed amount for someone to fly to Vancouver and take a high school test.

St. George’s School says a review of its records from 2012 indicates no school or provincial exams were written at the school by the student in question on or around the date referenced by the indictment.

Sidoo, known for his philanthropic causes in British Columbia, was CEO of Advantage Lithium and is a former Canadian Football League player for the B.C. Lions and Saskatchewan Roughriders.

At least nine athletic coaches and 33 parents, including Hollywood actresses Felicity Huffman and Lori Loughlin, are among those who have been charged in an investigation dubbed Operation Varsity Blues.

No students were charged. Authorities have said that in many cases the teenagers were not aware of what was going on.

Advantage Lithium said Thursday that Sidoo has taken a leave of absence from his executive role as company president and that his responsibilities as CEO have been assumed by another executive on an interim basis.

The law firm representing Sidoo says he “looks forward to fully contesting the charges in a well-respected court and not in the media.”

“He will be returning to his home in Canada and asks people not to rush to judgment.”

An indictment alleges Sidoo paid $100,000 in 2011 to have an individual secretly take the Scholastic Assessment Test, or SAT, in place of his older son. It also asserts that Sidoo emailed copies of his son’s driver’s licence and student card for the purpose of creating a falsified identification card for the individual.

The individual, whose name is redacted, flew from Tampa, Fla., to Vancouver to take the SAT on behalf of Sidoo’s son, the indictment alleges.

The indictment says the test score was emailed to an administrator at Chapman University, a private California university, where Sidoo’s son was admitted and later enrolled.

The indictment also alleges Sidoo agreed to pay another $100,000 in 2012 for someone to take the SAT in place of his younger son.

It claims that in 2013 and 2014 the falsified SAT scores obtained on behalf of his younger son were sent to universities, including Yale and Georgetown, as part of his college applications. The score was also sent to the University of California-Berkeley, where the younger son was accepted and later enrolled, it says.

Sidoo’s legal team has said the two sons have not been accused of any impropriety.

If convicted of the charge, Sidoo must forfeit any property that is derived from proceeds traceable to the offence, the indictment says.