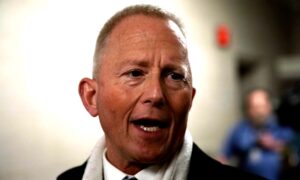 Rep. Van Drew Given Boot From Blue Dogs Coalition, Says Staff Who Quit ‘Had No Choice’
0 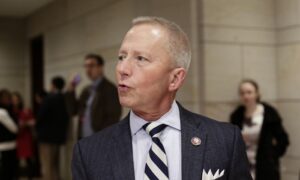 Rep. Van Drew, Poised to Switch to GOP, Will Vote as a Democrat on Impeachment
0 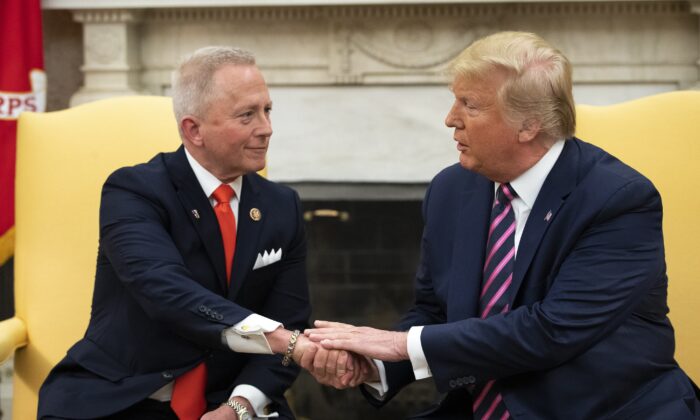 Rep. Jeff Van Drew (R-N.J.), left, meets with President Donald Trump in the Oval Office of the White House in Washington on Dec. 19, 2019. Van Drew left the Democrat Party for the GOP over the former's shift away from moderates. (Drew Angerer/Getty Images)
Trump Presidency

Rep. Jeff Van Drew (R-N.J.) said Sunday one of the reasons he made the decision to switch from the Democrat Party to the GOP came after a Democrat county party chairman in New Jersey told him to vote in favor of impeachment or face the consequences.

“It made me think for all the years that I’ve worked so hard and tried to give so much not only to the party but to everybody… it all boils down to that I may have my own individual opinion on one vote and that’s not going to be allowed, and I’m going to be punished for that, and that’s when I knew,” Van Drew told “Fox News Futures.”

After the conversation, Van Drew recalled that he knew it was “time to make a change.”

The first-term congressman said that he felt that his vote against two articles of impeachment against President Donald Trump was the “honorable thing” to do.

“This impeachment is a weak, thin impeachment that doesn’t mean much to most of the American people,” he said. “Folks are tired, they’re tired of the millions of dollars that have been spent on [impeachment] and they want to move forward.”

A day after the impeachment vote, Van Drew also suggested that the Democrat Party is moving towards socialism.

“I believe that this country can afford people opportunity and give them that opportunity so that they can succeed. And we all should know that as well,” he said before criticizing the radical Green New Deal proposal touted by some Democrat members of Congress and presidential candidates.

“I believe the New Green Deal is something that we should never, ever even think about doing. I don’t even know how anybody could bring that up,” Van Drew, 66, said. “We can have a strong and good environment and we can have a good economy at the same time. And that’s something that I think Republicanism represents,” he said.

Trump, in a meeting with Van Drew to announce his party switch, endorsed him for reelection next year.

“This is just a better fit for me,” Van Drew said of joining the Republican Party. “This is who I am.”

Rep. Collin Peterson (D-Minn.) was the other Democrat to oppose voting against both articles of impeachment, while Rep. Jared Golden (D-Maine) voted “no” on obstruction of Congress, and Rep. Tulsi Gabbard (D-Hawaii), a Democrat presidential contender, voted “present” for both articles.

Trump on Saturday praised Gabbard for her vote and defended her against claims that she is a Russian asset.

“I don’t know her, but I know one thing,” Trump told reporters. “She is not an agent of Russia.”

Regarding the vote on impeachment, Trump said that “I give [Gabbard] respect. She didn’t vote the other day. I give her a lot of respect because she knew it was wrong.”